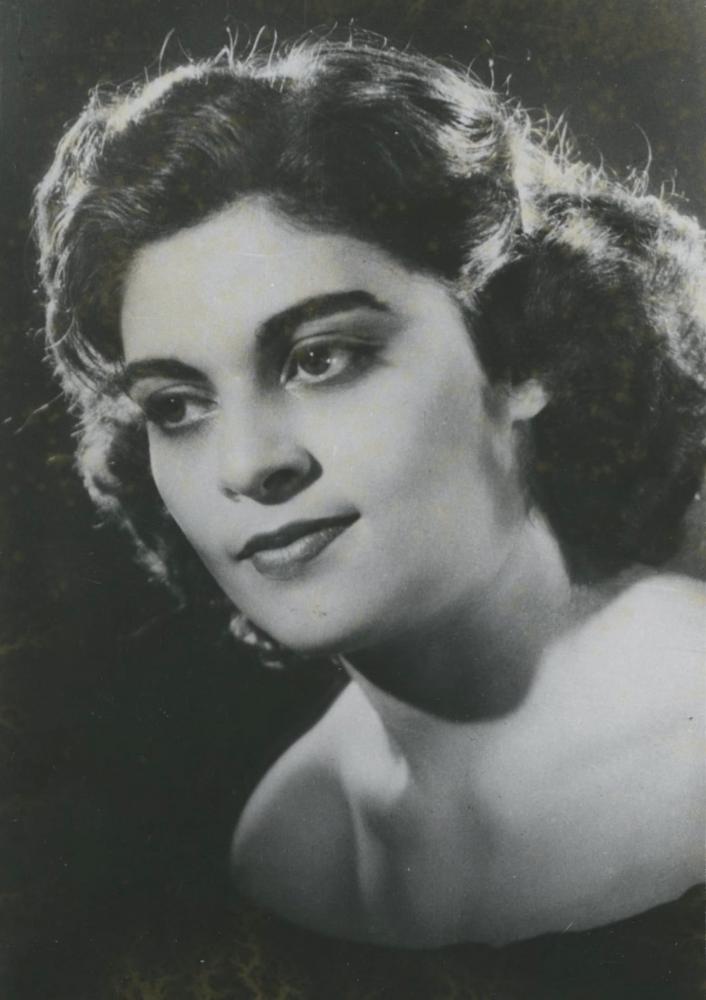 Charlotte Wesley Holloman was an opera singer and voice teacher who taught at Howard University for over twenty years as the only vocal faculty member. She was a prominent opera star in Europe with credits in twenty-two operas in Germany, Switzerland, and France. After an accomplished performing career, Holloman resumed her career in music education. She returned to Washington D.C. in 1973 to teach at various institutions in the Washington area, and continued teaching until she died from breast cancer in 2015.

Charlotte Holloman attended Howard University and graduated in 1941. She then earned her master’s degree in voice and music education from Columbia University in 1943. Her vocal career was extensive consisting of Broadway shows, operas in Europe, and singing recording back-up vocals for Harry Belafonte and James Brown. In 1950 she made her Broadway debut in The Barrier, a musical drama about racial conflict based on a play by Langston Hughes. The performance that really launched her career, however, was her 1954 recital at Town Hall in New York City, New York. She received outstanding reviews including one notably from opera critic John G. Briggs, who praised her for her vocal range. She became a featured soloist with symphony orchestras such as the Dayton (Ohio) Philharmonic and the Boston (Massachusetts) Symphony. In 1961 Holloman received a Rockefeller Foundation grant to study and perform in Berlin and London (UK).  She sang in Operas throughout several countries in Europe and performed with the Essen and Saarbrucken opera companies in Germany.

After returning from Europe, Holloman taught at various institutions including the University of District of Columbia, City University of New York, and Northern Virginia Community College. At Howard University she was a lecturer of voice while maintaining a private voice studio from her home. She loved to teach, and according to her only daughter, Charlotte Holloman (often referred to as C2), she was born for it.

Charlotte Wesley Holloman was born on March 24, 1922 in Georgetown, Washington D.C. Her mother Florence Louise Johnson Wesley was an English teacher from Baltimore, Maryland. Her father Charles Harris Wesley was a prominent historian from Louisville, Kentucky who was the third African American student to earn a doctorate from Harvard University. Wesley taught at Howard University for thirty years. Charlotte had one sister, Louise Johnson Wesley. In 1944 Charlotte married John L.S. Holloman Jr., a noted Washington D.C. physician, and the couple had one child.

Charlotte Holloman passed away from breast cancer on July 30, 2015 at the age of 93. After she was diagnosed in 2012 and told she would not live much longer, Holloman refused to stop work. She continued to teach and hear her students up to the week before she died.