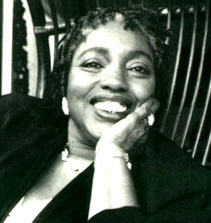 Dr. Endesha Ida Mae Holland was born into abject poverty in Greenwood, Mississippi on August 29, 1944. She experienced extreme racism, lack of options, and little support to change her life. As a teenager she quit school, turned to prostitution and theft as a way to make it in the world she knew, a world that included being raped by a neighbor, multiple “fathers,” and broken dreams.

Holland’s first time in jail was as a teenager having dropped out of school and turned towards a life of prostitution and theft. She was sentenced to thirty days in the county jail, an experience that would be often repeated during her teenage years. She went to prison on assault and battery charges after having married, given birth, and found her husband cheating. When she was released from prison, her options were narrow and she returned to “streetwalking,” the life she had come to know.

This time, however, Holland became involved with a man who was active in the Student Non-Violent Coordinating Committee (SNCC) that was then operating in Mississippi. She pursued him back to the SNCC office in Jackson, Mississippi where she was unintentionally introduced to the state’s ongoing civil rights movement. Beginning in 1963, Holland participated in many civil rights demonstrations and consequently often was jailed. On one occasion in late 1963 she was taken to the notorious state penitentiary at Parchman where she met other imprisoned civil rights activists. After thirty-three days in Parchman, she was released and shortly thereafter met Dr. Martin Luther King and Rev. Jesse Jackson.

In 1965 Holland left Mississippi and enrolled as an undergraduate at the University of Minnesota. Although it took thirteen years to finish her B.A. in Black studies (1978), Holland immediately enrolled in a Ph.D. program at the University. She also traveled the country speaking teaching the history of the civil rights movement in Mississippi and speaking out against the atrocities she had seen and experienced. Holland added “Endesha” (meaning Driver) to her name just prior to receiving her doctorate in 1984. Holland’s autobiographical play From the Mississippi Delta was performed for years across the nation.

Beginning in 1985 Holland was hired to teach American Studies at the State University of New York at Buffalo and later became a professor at the University of Southern California from which she retired in 2003.

Endesha Ida Mae Holland died on January 25, 2006 in Santa Monica, California. She was 62 at the time of her death.