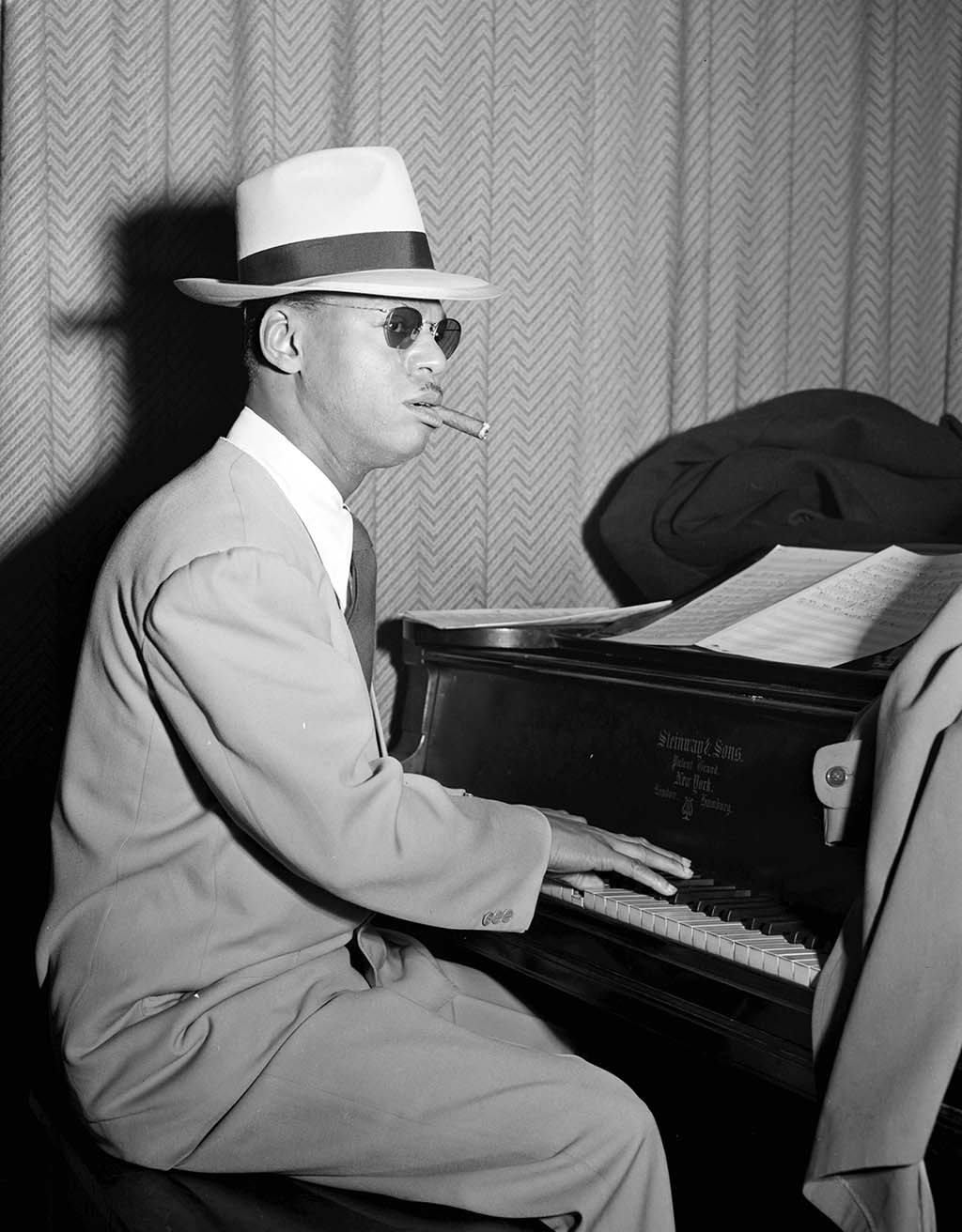 Earl “Fatha” Hines was one of the most influential Jazz pianists during the twentieth century. His “trumpet style” piano playing has influenced jazz pianists since the 1920s. Hines’s career as a musician and bandleader spanned from the 1920s to his death in 1983.

Earl Kenneth Hines was born on December 28, 1903 in Duquesne, Pennsylvania, to Mr. and Mrs. Joseph Hines. His mother died when he was three years old. Subsequently, he was raised by his father and stepmother, Mary.

Hines came from a musical family. His father played the cornet and was the leader of the Eureka Brass Band in Pittsburgh. His stepmother was a church organist. His stepmother gave him his first piano lessons and he learned to read music exceptionally well. At age 14, Hines moved to Pittsburgh to live with his aunt Sadie Phillips, who was an opera singer. He attended Schenly High School where he majored in music. Hines shifted his musical interest from classical piano to jazz piano and at age 15, he formed his first musical trio which included a violinist and drummer. The group played at various school functions, nightclubs, and church socials.

At age 17, Hines left home and joined Lois B. Deppe and His Symphonian Serenaders in Pittsburgh. There he earned $15 per week plus meals and board and made his first recording. At age 18, Hines formed his own group with saxophonist Benny Carter. Soon afterwards Hines moved to Chicago and in 1925 began playing with the Carroll Dickerson Orchestra. In 1926 he met trumpeter Louis Armstrong and together they formed a jazz trio with Zutty Singleton as the drummer. Hines recorded several jazz tracks with Armstrong, including the famous trumpet and piano duet “Weather Bird” in 1928. The duo recorded 36 singles including “Muggles” and “Tight Like This.”

On the night of his 25th birthday (December 28, 1928), Hines opened at the Chicago Grand Terrace Café, leading the Hines Orchestra or the “Organization” as he called it. For the next 12 years the Organization performed at the Grand Terrace. In 1934 Hines and his orchestra began live national broadcasting from the Grand Terrace and soon became the most famous jazz band on radio. Hines and his band also became the first to tour the South playing before mostly black audiences. On one occasion, he was introduced by an inebriated announcer as “Fatha” Hines and the nickname stuck.

Following the addition of Billy Eckstine in 1942, the Organization made numerous recordings including “Jelly Jelly,” “Boogie Woogie on the St. Louis Blues,” and “Stormy Monday Blues.” Hines also helped launch or foster the careers of musicians Dizzy Gillespie and Charlie Parker.

After a slump in his career in the late 1950s, Hines settled in Oakland, California but was rediscovered in 1964 when his manager Stanley Dance convinced him to perform a series of recitals at the Little Theatre in New York.

Over his career, Hines received numerous honors. He was the recipient of Esquire magazine’s Silver Award in 1944. In 1965, he was inducted into the Jazz Hall of Fame and the following year he won the International Critics Poll for Down Beat magazine’s Hall of Fame. He was six times elected the World’s No. 1 Jazz Pianist.

Earl “Fatha” Hines, who married Janie Moses and had two daughters, Tosca and Janear, died on April 22, 1983 at the age of 79 in his home in Oakland, California.