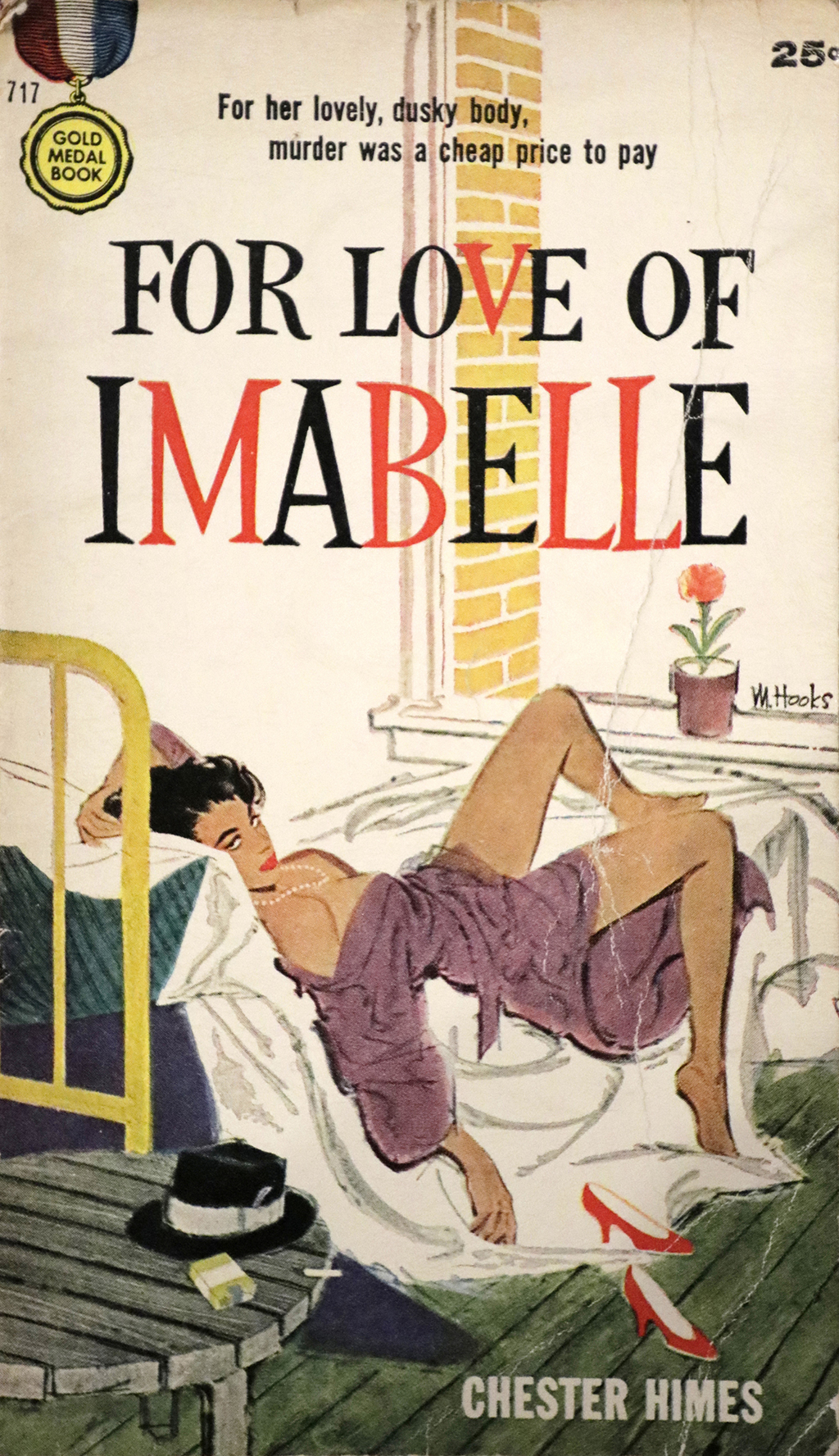 For Love of Imabelle, (Fawcett Publications, 1957) by Chester Himes
Fair Use Image

Chester Himes was an important writer of fiction and autobiography. Although Himes’s most widely read novels were detective stories set in Harlem, his first two published novels reflected his experiences in Los Angeles, where he lived from 1940 until 1944.

Himes was born in Jefferson City, Missouri on July 29, 1909 to Joseph Sandy Himes, a college industrial trades professor at Lincoln Institute (now Lincoln University), and Estelle Bomar Himes, who was a teacher at Scotia Seminary prior to marriage.  Himes spent most of his childhood in Jefferson City and in Pine Bluff, Arkansas, where his father took a job teaching in the Arkansas Delta at Branch Normal College (now the University of Arkansas at Pine Bluff) when Himes was 12.

The family later moved to Cleveland, Ohio where Himes attended and graduated from East High School. He later enrolled in Ohio State University where he became a member of Alpha Phi Alpha Fraternity but later was expelled for playing a prank. After a 1928 robbery Himes spent seven and one-half years in prison at the Ohio Penitentiary. While in prison, he wrote and published his first literary works in newspapers and magazines. His first major piece, “To What Red Hell,” appeared in Esquire Magazine in 1934.

In 1936, Himes was released from prison and one year later married Jean Johnson. Frustrated by employment discrimination in Ohio, Himes moved to Los Angeles, where he worked as a screen writer until studio executive Jack L. Warner fired him.  As the United States mobilized for World War II, Himes saw first hand the large scale migration of African Americans to his city to work in defense industries and decided to write about the changes the migration brought to the black community and the city.

Himes described those experiences in Los Angeles in his first two published novels, If He Hollers Let Him Go (1945) and Lonely Crusade (1947). These novels challenged the depiction of Los Angeles as a city in which African Americans faced little discrimination. He also provided an analysis of the Zoot Suit Riots for The Crisis, the magazine of the NAACP.

Himes separated from his wife Jean in 1952 and migrated to Paris where he met and worked with other expatriate writers, including Richard Wright, James Baldwin, and William Gardner Smith.  Himes met his second wife, Englishwoman Lesley Packard.  When he suffered a stroke in 1959, she gave up her career as a journalist to nurse him back to health.  The couple eventually married in 1978.

Although his 1940s novels catapulted him to fame, Chester Himes is probably best remembered for a series of detective novels published between 1957 and 1969 that featured two Harlem detectives, Coffin Ed Johnson and Gravedigger Jones.  The most important of these novels, A Rage in Harlem (originally published as For the Love of Imabelle) in 1957 and Cotton Comes to Harlem in 1964 were made into movies in 1970 and 1991. A third film, Come Back, Charleston Blue based on his 1966 novel, The Heat’s On, was released in 1972.

Himes continued to live in Paris and southern France until he and his wife moved to Moraira, Spain in 1969.  He died there on November 12, 1984 at the age of 75.