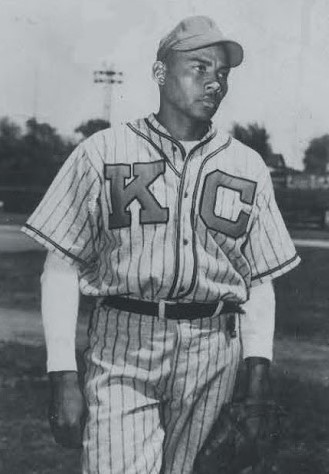 Hilton Lee Smith was a right-handed pitcher who played for the Monroe, Louisiana Monarchs and Kansas City Monarchs. Smith was born on February 27, 1907 to Mattie and John Smith in Giddings, Texas. Much of Smith’s early life is unknown but he attended Prairie View A&M College where he played baseball as an outfielder during his Freshman year and a pitcher during his sophomore year. Smith remained at Prairie A&M College for two years before leaving to pursue a professional baseball career.

In 1931, Smith joined the Austin Black Senators in Austin, Texas. A year later, he would join the Monroe Monarchs in Monroe, Louisiana. In 1934, Smith married o Louise Humphrey and the couple had two sons, Hilton Smith Jr and Demorris Smith.

Smith remained with the Monroe Monarchs until 1935 when he joined the National Baseball Congress League and played with the Bismarck Churchills in Bismarck, North Dakota. Smith’s teammates included Satchel Page, Ted “Double Duty” Radcliffe, Quiney Trouppe, Barney Morris, and Chet Brewer. The team won the National Semipro Championship in Wichita, Kansas in 1935. The team returned to the National Championship in 1936 but lost to the Halliburton Cementers of Duncan, Oklahoma.

Hilton Smith remained with the Monarchs until 1948 when he where he officially retired from baseball. After retiring, he briefly pitched semi-pro ball in Fulda, Minnesota in 1949 and 1950. Smith became a schoolteacher and worked for the Armco Steel Company in Kansas City as a foreman until 1978. He was also scouted young players for the Chicago Cubs.