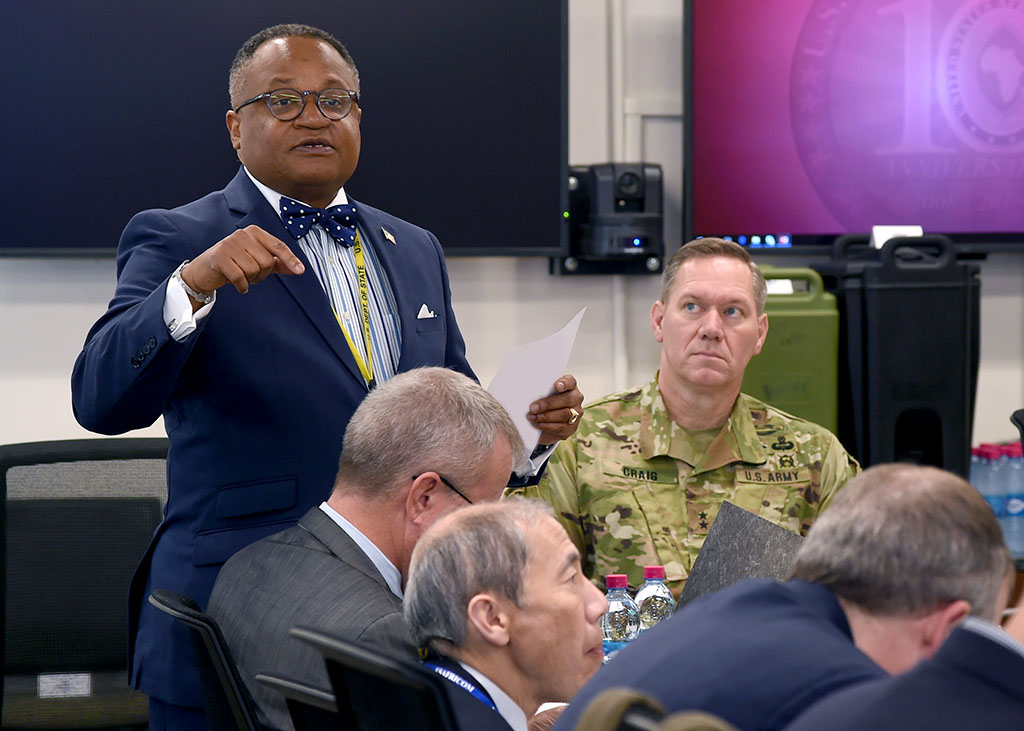 Irvin Hicks was a career Foreign Service Officer who rose from a communications clerk position to serve three times as a U.S. ambassador.  Hicks served in the Department of State during the nascent years of African Independence from European colonial rule.  Hicks was appointed Ambassador Extraordinary and Plenipotentiary to the Seychelles by President Ronald Reagan.  He served as Chief of Mission at the U.S. Embassy in the capital city of Victoria from 1985 to 1987.  In 1992 President George H.W. Bush nominated Hicks to be Deputy Representative of the United States of America to the Security Council in the United Nations, with the rank of Ambassador.  He was later appointed Ambassador Extraordinary and Plenipotentiary by President Bill Clinton to Ethiopia.  Hicks was Chief of Mission at the U.S. Embassy in Addis Ababa from 1994 to 1996.

Irvin Hicks was born March 16, 1938, in Baltimore, Maryland.   In 1961 he took a job as a clerk typist at the Department of the Army in Washington, D.C.  He left this position in 1962 to join the Department of State where he would serve as a career Foreign Service Officer (FSO).  After training for the position of communications clerk he was assigned to the U.S. Embassy in Libreville, Gabon.  While in Libreville he also held the position of accounts assistant until 1964.  Later the same year he returned to the United States for training in the State Departments’ Foreign Service Institute, which included language training in French.

After Foreign Service training Hicks was assigned to the U.S. Embassy in Bamako, Mali.  He served in various capacities including accounts assistant, budget and fiscal specialist, post management assistant and administrative support officer.  In 1968 he took leave from the Department and served until 1969 as budget director for the Community Development Agency in New York.

Hicks was educated at the University of Maryland where he earned a Bachelor’s in 1983.   He also attended the U.S. Army War College in Carlisle, Pennsylvania in 1982-1983.

He is married to the former Donita Buffalo, and they have three children including one, Irvin Hicks, Jr., who is also in the U.S. Foreign Service.