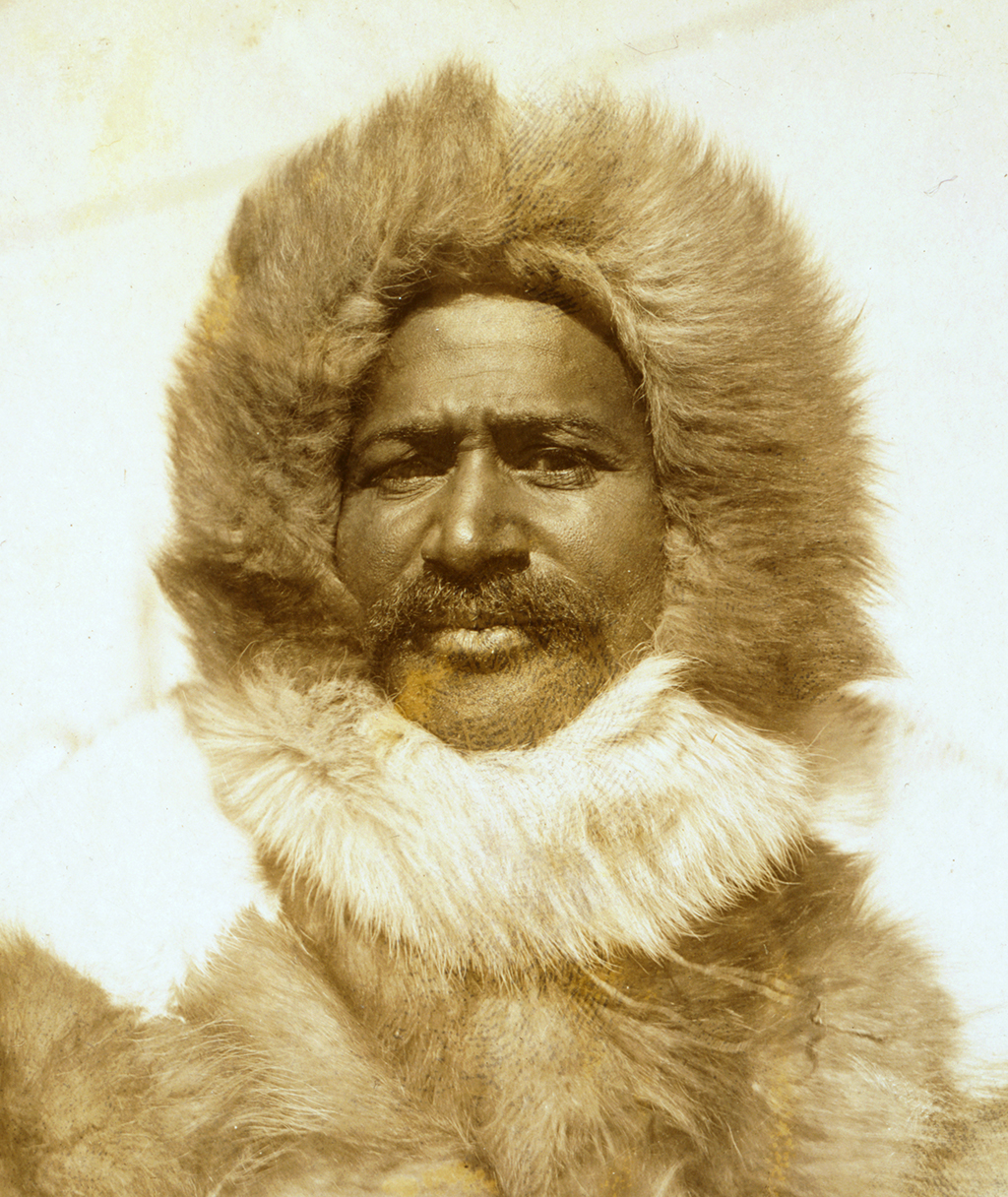 Matthew Henson was an American explorer who accompanied Robert Peary, most famously on an expedition intended to reach the Geographic North Pole in 1909. Subsequent research and exploration has revealed that Peary and Henson did not reach the North Pole but their failed attempt is still recognized as an important contribution to scientific knowledge.

Henson was born on a farm in Nanjemoy, Maryland on August 8, 1866.  His parents were free people of color who worked as sharecroppers. Both parents died when Henson was a child and he was subsequently sent to Washington, D.C. to live with an uncle. At the age of 12, after his uncle’s death, Henson moved to Baltimore where he became a cabin boy on a merchant ship, the Katie Hines.  The captain of the vessel taught Henson to read and write.  Henson sailed the world with the Katie Hines for the next few years.  By the age of 20 he had visited China, Japan, the Philippines, France, Africa, and Russia.

By November 1887, however, Henson worked at a Washington D.C. clothing store where he met Commander Robert E. Peary.  Impressed by Henson’s experience, Peary hired him to go on a surveying expedition to Nicaragua to determine if a canal could be built across the country from the Atlantic to the Pacific. Peary called him his “first man” in seven expeditions he led to the Arctic region for the next two decades. Over that time, Henson traded with the Inuit in Canada and Greenland and learned their language.  Eventually, both he and Peary married Inuit women.

The most important of Peary’s expeditions took place in 1908-09 when Peary led his eighth attempt to reach the North Pole. On August 18, 1909, Peary and Henson left Greenland by ship to begin their effort to reach the Pole.  They were accompanied by 22 Inuit men and 17 Inuit women, 10 children, 246 dogs and 70 tons of whale meat from Labrador, Canada. Peary and Henson left their ship at Ellesmere Island in what is now Nunavut Territory, Canada and with a smaller party of four Inuit men, laid a trail of supplies to the Pole.  Peary became ill on the expedition and sent Henson ahead as a scout.  Henson proceeded to place the American flag at what he thought was the North Pole.

In 1912, Henson wrote A Negro Explorer at the North Pole, a book that details his experiences on his journey, and in 1913, he was appointed clerk in the U.S. Customs House in New York City, New York by President Taft. Henson retired in 1936, and in 1944 he was awarded the Congressional Medal of Honor given to all of the members of the 1909 expedition. In 1947, Henson collaborated with Bradley Robinson on Dark Companion, Robinson’s biography of Henson. The explorer died in New York City in 1955 at the age of 89 and was buried in the city.

In 1988, Henson was re-interred in Arlington National Cemetery near Peary’s monument. Many members from his American family and his Inuit family (children he produced with his Inuit “wife” Anauakaq) were in attendance. In 1996, the U.S. Navy commissioned the U.S.N.S. Henson, a T-AGS 63 class oceanographic explorer ship, in honor of Matthew Henson. In 2000, the National Geographic Society awarded the Hubbard Medal to Matthew A. Henson posthumously.