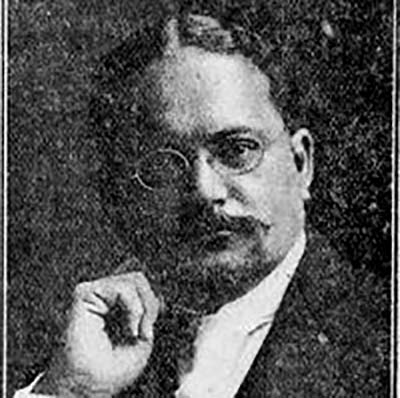 Henry W. Furniss built a distinguished career as a doctor and diplomat. Furniss served in the diplomatic corps, first in Brazil and then as the American ambassador to Haiti. He stayed in that post through two administrations after which he returned to the United States where he resumed his medical practice.

Furniss was born in Brooklyn, New York on February 14, 1868. His family moved to Indianapolis where he was educated in the city’s schools. Furniss gained valuable working experience in the government when he took a position in the Census Office in 1889. Two years later he received a medical degree from Howard University (1891) and received an additional degree in pharmacy in 1895. He also did additional study at Harvard Medical School. Furniss interned at Howard University’s Freedman’s Hospital for a year under the supervision of the famed African American surgeon Daniel Hale Williams. In 1896, Furniss returned to Indiana where he practiced medicine with his brother, Sumner, an active participant in civil rights activism.

In 1898, Furniss entered the diplomatic corps. In January 1898 he was appointed as United States consul at Bahia, Brazil. During his term in Bahia, Furniss married a German woman, Anna Wichmann. Furniss remained in that post until 1905 but it was not without its challenges. In Brazil Furniss contracted a number of illnesses which led him to suffer from chronic liver problems throughout his life. Furthermore, Furniss reported in letters that he received a salary from the U.S. government that was lower than diplomats of similar rank stationed in Brazil from other countries.

In November 1905, Furniss was appointed as the United States ambassador to Haiti. That position was considered to be one of the plum posts in the federal government for African Americans. In Haiti, Furniss was an effective representative of American interests despite political turmoil in the country. He was able to maintain good relations with ruling governments despite revolutions in Haiti that overlapped with his term. Furniss also worked hard to promote American economic interests in the country. One newspaper called Furniss “an ideal exemplar of the faith” of “dollar diplomacy.” Furniss was so indispensable to the United States in Haiti that when he tried to resign in 1911 in order to return home to focus on his medical practice, President William Howard Taft refused to accept his resignation and Furniss remained at his post until the Woodrow Wilson administration came into power in 1913.

Furniss eventually settled in Hartford, Connecticut where he practiced medicine for the next 35 years. He died on December 20, 1955 at the home of his son William. He was 87. Evidently, Furniss and his family identified as white at the time of his death. His biracial son enrolled in the military during World War II as a white man and Furniss’s granddaughter did not find out until she was 40 that her grandfather was of African American ancestry.