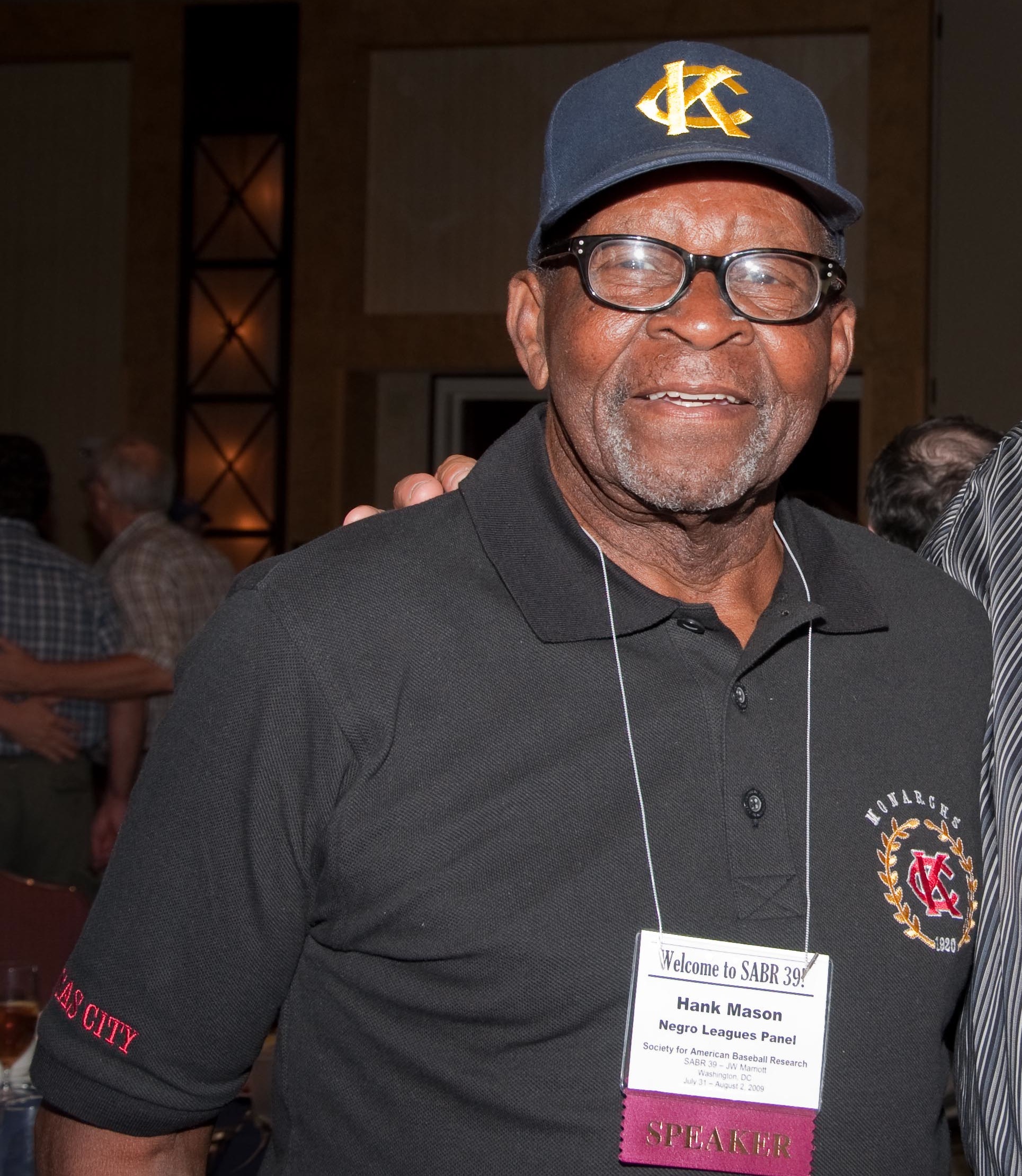 Henry “Pistol” Mason was the first Black baseball pitcher for the Philadelphia farm team, the Schenectady Blue Jays in 1955. Mason was born on June 19, 1931 in Marshall, Missouri to Tansie and Anna Mason. His father was a laborer in a rock quarry and his mother’s occupation is unknown. Mason had five siblings: Charles, Felix, Jean Ella, Beatrice, and Annabelle.

Believed to have received his nickname “Pistol” because of his 95 miles-per-hour fastball, Mason was a football and basketball player in high school. However, baseball was the sport he chose to continue after high school. Mason completed high school in 1951 and traveled to Kansas City, Missouri where he was offered to try out for the Kansas City Monarchs, the longest-running franchise in Negro League Baseball.

Mason’s career highlight came on opening day in 1952, when he hurled 16 innings to defeat the Philadelphia Stars 3-2. Serving in the United States Navy for two years kept Mason from playing baseball. However, he returned to the Monarchs in 1954. During this time, Mason counted legendary pitcher Satchel Paige as a friend when the two bonded over fishing. One afternoon when the two men went to try out a local fishing hole, Paige caught two fish the size of his hand while Mason reportedly reeled in almost two dozen larger-sized fish. Mason then made a deal to teach Paige how to fish if Paige would teach him how to hit. Later when Mason hit a game-tying home run against Montreal, Paige was deemed a good teacher.

Henry Mason became the first Black pitcher for the Philadelphia Phillies in the major leagues in September of 1958. Willie Mays was the first hitter Mason had to face when he played with the Phillies. Mason also played in the International League for Buffalo, New York and Miami, Florida. Spending most of 1959 with the AAA Buffalo Bisons, where he won 12 games in 6 starts. He completed his career in 1962, with varying success while playing for the AAA Pacific Coast League in Honolulu, Hawaii.

At the age of 30, Mason’s elbow would no longer allow him to play the game of baseball, so he went to work for the Goodyear tire company for 10 years. He then became an ordained Methodist minister and served as the Associate Pastor for Saint James United Methodist Church and another Kansas City church for 14 years. Mason was a supporter of the Negro Leagues Baseball Museum in Kansas City and toured the country for many speaking engagements to tell his life story.

Dying peacefully on Friday, May 29, 2020 at the age of 88, Reverend Henry Mason is survived by his wife Delores Finch Mason and his sons, Henry and Charles, one granddaughter, Hope and many other family members and friends.