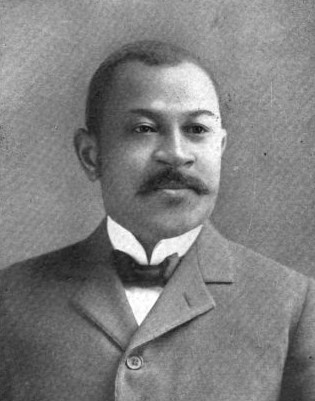 Born on September 1, 1857 in Columbia, Mississippi, Henry E. Baker was remarkable for being the first author to explore and record the work of African American inventors. He began his education at the United States Naval Academy in 1874 where he was only the third African American to enter the institution. During his time at the Naval Academy, Baker experienced discrimination as few cadets would have social interactions with him and instructors and supervisors refused to address him by name. His tenure was also compromised by hazing and damage to his personal property. In response to this treatment, he left the Academy and completed his education at the Ben-Hyde Benton School of Technology in Washington, D.C, graduating in 1879.

In 1881, the future chronicler then attended and graduated from the Howard University School of Law. During his time at Howard, Baker secured a job at the United States Patent Office where he worked as a copyist. When Baker noticed the lack of published information regarding African American inventors and innovators, he took the initiative and began to publicize their work. This became a passion project that would last a lifetime.

In 1902 Baker, now promoted to Second Assistant at the Patent Office, continued to his work to illuminate the little-known contributions of black inventors by sending letters to patent attorneys, newspapers, company executives, and others asking for the names of African American innovators. He sent out thousands of letters and as a result of his efforts recognized 1,200 little known inventors. Sadly, some African American inventors feared that once their identity was revealed, their sales and business would suffer. This caused the names of only 800 African American creators to be published.

After years of searching and compiling lists of inventors, Baker authored several publications. In 1902, Baker published The Negro as an Inventor. In 1913, Baker published The Colored Inventor: A Record of Fifty Years. The pamphlet was designed to celebrate the 50th anniversary of the Emancipation Proclamation. The Negro in the Field of Innovation followed four years later in 1917. Collectively, these books gave African American inventors the opportunity to showcase their contributions to society. Unfortunately, little is known about Baker’s life after he published the third book. Despite his withdrawal from public life, Baker had a tremendous impact on minority innovators by highlighting their creativity. Without his tireless work, the names of these inventors might not be known today.