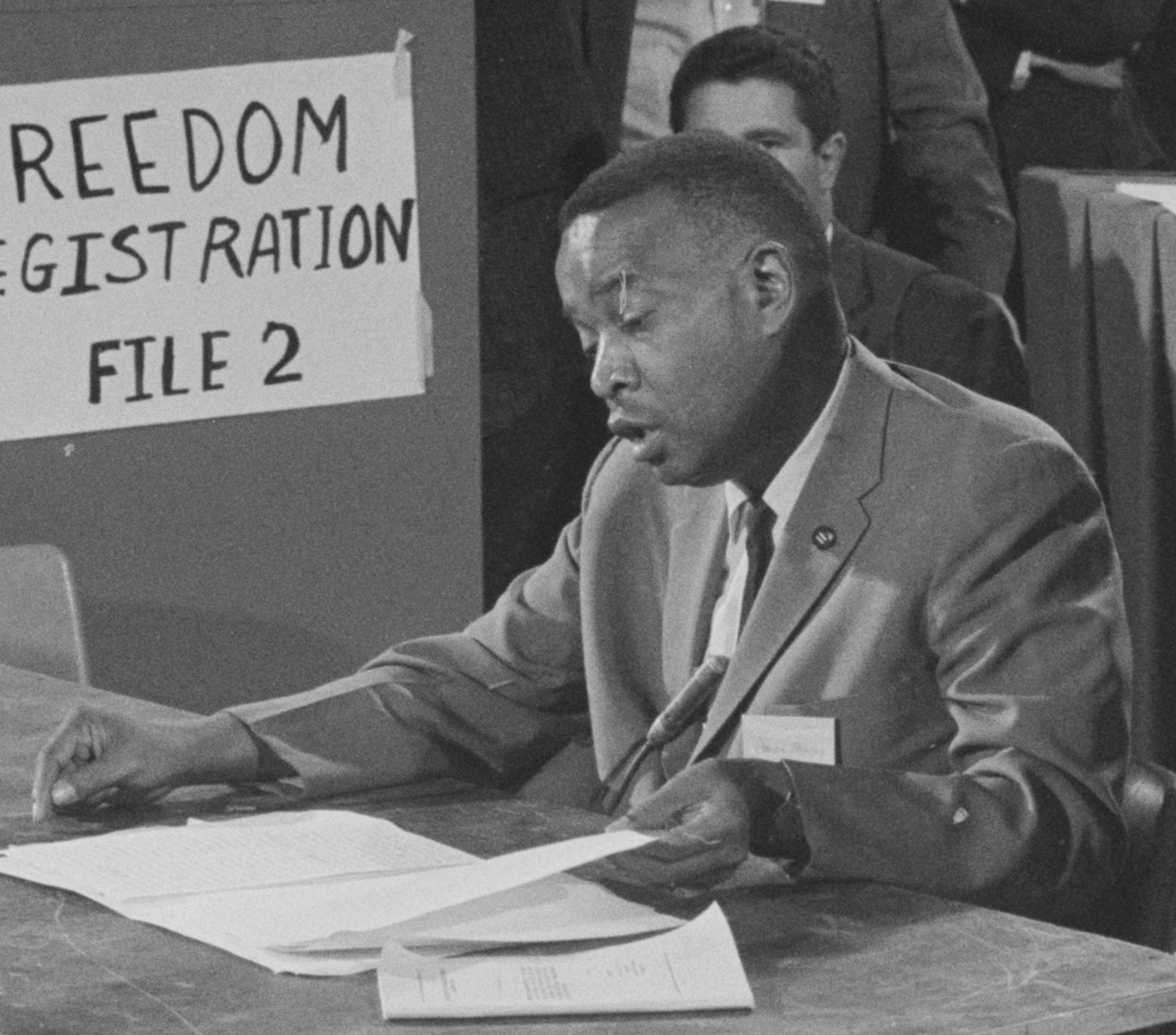 Born on July 2, 1922, to sharecroppers Mattie and Ed Henry on the Flowers plantation in Coahoma County outside of Clarksdale, Mississippi, Aaron Henry would come of age in the era of segregation, fight in World War II, and return home from war ready campaign for civil rights and serve his country as an elected official. Henry was instrumental in the formation of the Regional Council of Negro Leadership (RCNL), the Council of Federated Organizations (COFO) and the Mississippi Freedom Democratic Party (MFDP), all organizations dedicated to registering black Mississippians and making them politically active. He was also an activist with the National Association for the Advancement of Colored People (NAACP), rising to the rank of state president in 1959.

Aaron Henry was drafted by the U.S. Army in 1943. Following the end of World War II, he enrolled at the Pharmacy School at Xavier University in New Orleans in the fall of 1946. Henry returned to Clarksdale in 1950, and that same year, married Noelle Michael, and opened the Fourth Street Drug Store. His drug store would serve as a gathering place for Civil Rights activists until it burned down in 1993. In 1961, Henry organized a boycott of stores in the Clarksdale area demanding integration of all public facilities, school desegregation, and voting rights. During the spring of 1963, someone broke the front windows of Henry’s pharmacy, and his home was firebombed. Despite the attempted intimidation, the boycott remained in effect until the passage of the Civil Rights Act of 1964.

Henry helped organize The Freedom Vote of 1963, an effort by Mississippi civil rights activists to demonstrate that blacks in the state would vote if given the opportunity. The Freedom Vote took place at the same time as the general election, from which black Mississippians were excluded. Over 80,000 votes were cast for an integrated slate of candidates, of which Henry was the COFO candidate for governor.

The Freedom Vote set the groundwork for establishing the MFDP in April 1964. The MFDP was an interracial organization, which sought to replace the whites-only Mississippi Democratic Party, at the Democratic National Convention of 1964. Lyndon Johnson, then President of the United States and titular leader of the National Democratic Party, proposed a compromise, that Henry and white activist Edwin King would be seated as at-large delegates at the Convention which met in Atlantic City, New Jersey. Fanny Lou Hamer and other members of the MFDP rejected the compromise on principle, while Aaron Henry and other Civil Rights activists wanted to accept the compromise as a victory for the MFDP. Ultimately, the MFDP rejected the compromise.

After the passage of the Voting Rights Act in 1965, the number of black voters grew rapidly and African Americans began to be elected to various local, county and statewide offices. Clarksdale voters elected Aaron Henry to serve in the State House of Representatives in 1982, a post he held until 1996. During his time in the state legislature, Henry continued to fight against racial injustice. He introduced legislation to remove the Confederate battle flag from the state flag and continued to call for the reopening of the murder case for Medgar Evers. Aaron Henry suffered a stroke in 1996, and died on May 19, 1997 at the age of 75 in Clarksdale, Mississippi.