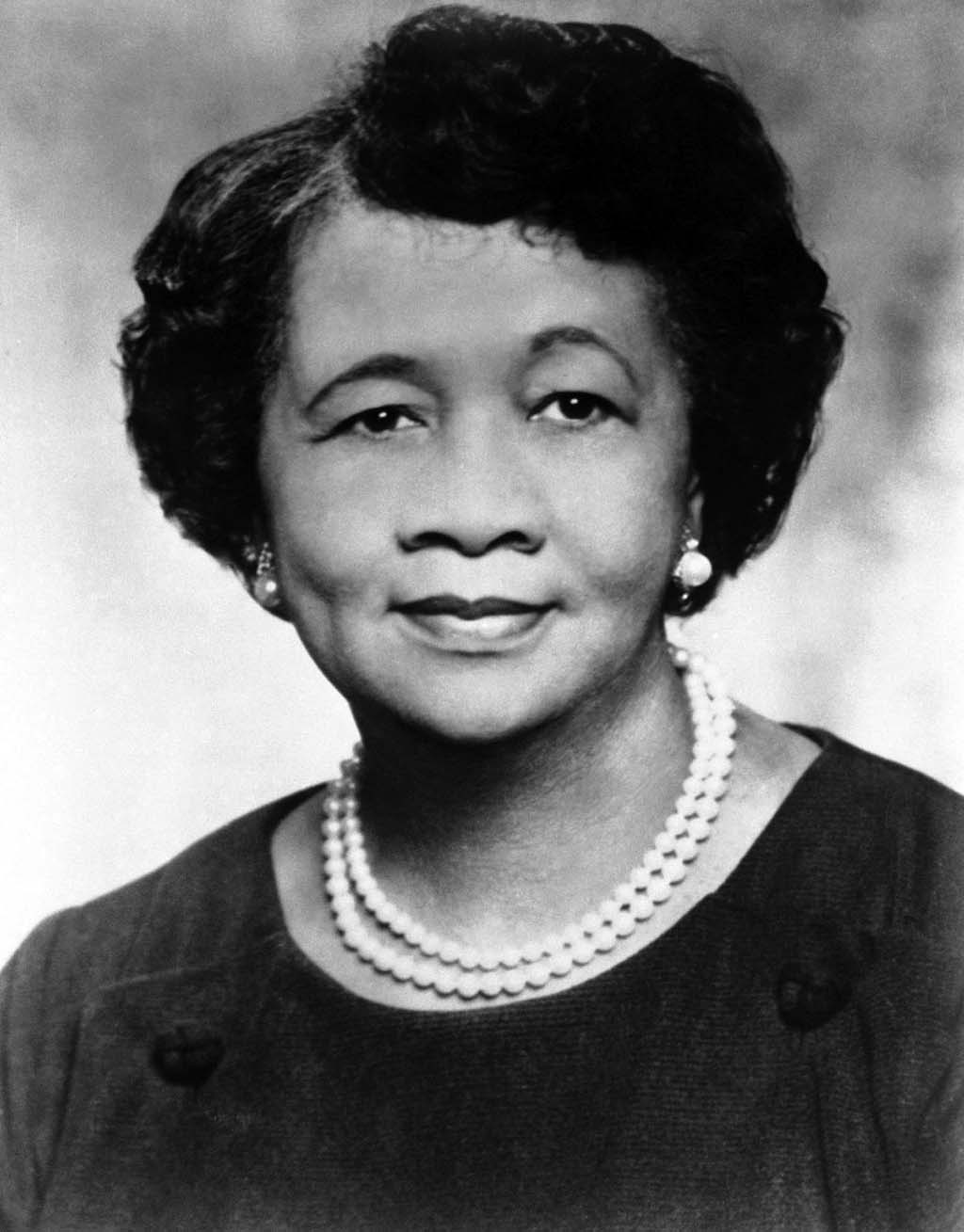 Born on March 24, 1912, Dorothy Irene Height would become an activist, administrator, and educator dedicated to seeing racial and women’s equality in the United States. Born in Richmond, Virginia, to parents James Height, a building contractor, and Fannie (Burroughs) Height, a nurse, she moved with her family to Rankin, a town near Pittsburgh in Pennsylvania, at the age of four.  A severe asthmatic as a child, she was not expected to live to the age of 16.  Always a diligent and dedicated student, Height won an Elks sponsored $1,000 scholarship in a national oratorical contest, which she used to attend New York University. Height earned a Bachelor of Science degree in Education, and a Masters in Educational Psychology from New York University in four years.

Height’s first job was as a caseworker in the New York City Welfare Department. In 1937, Height met Mary McLeod Bethune, founder and president of the National Council of Negro Women (NCNW). Bethune became Height’s mentor and the two worked closely together until Bethune’s death in 1955. Two years later Height became the fourth President of the National Council of Negro Women, a post she would hold until 1998. Height also served as National President of Delta Sigma Theta Sorority from 1946 to 1957. In 1952 Height served as visiting professor in the School of Social Work at the University of Delhi, India.

Height led the NCNW during the civil rights era of the 1950s and 1960s. As president, Height helped organize The March on Washington in 1963. She worked with every major civil rights leader of the period including Dr. Martin Luther King, Jr., Roy Wilkins, Whitney Young, and A. Philip Randolph. During the 1960s Height coordinated “Wednesdays in Mississippi,” where both black and white women throughout the nation met to discuss racial justice issues. She also personally encouraged President Dwight Eisenhower to desegregate public schools, and urged President Lyndon B. Johnson to appoint black women into governmental positions.

Dorothy Height was equally well known for her leadership with the Young Women’s Christian Association (YWCA). She first became a staff member in Harlem in 1944. By 1946 she was elected the National Interracial Education Secretary for the YWCA where she led the effort to integrate all of the facilities of the agency. In 1965 Height became the first director of the YWCA’s Center for Racial Justice, a position she held until her retirement from the organization in 1977. In 1971 she joined Gloria Steinem, Shirley Chisholm, Betty Fredian and others to found the National Women’s Political Caucus.

In 1986, Height organized the first Black Family Reunion Celebration designed to reinforce the strengths and traditions of the African American family. Over the next two decades the events related to this celebration would attract over 12 million people.

Over the course of her lifetime, Dr. Height became well respected across the nation for her leadership in the campaign for women’s employment, education, and equal pay. She is best known, however, for her efforts on behalf of racial equality. Her awards stretch over half a century. In 1944, President Franklin Delano Roosevelt honored Height with the Freedom from Want Award. In 1989 President Ronald Reagan awarded Height with the Citizens’ Medal Award for distinguished service. President George W. Bush presented Height the Congressional Gold Medal and the Presidential Medal of Freedom in 2000.