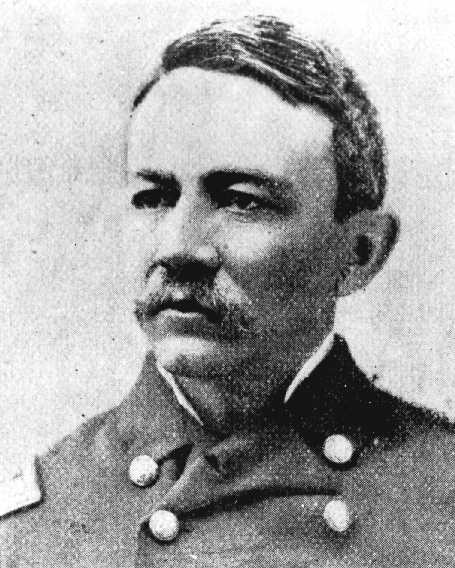 Michael Augustine Healy was an American captain in the United States Revenue Cutter Service, which is commonly known now as the United States Coast Guard. As such, he was the first African American officer in the Coast Guard. Healy was known primarily for enforcing federal law along the Alaskan coastline in the late nineteenth century, as well as rescuing whalers, shipwrecked sailors, and others in need.

Michael A. Healy was born in Macon, Georgia, on September 22, 1839. His father, Michael Morris Healy, was an Irish immigrant planter who was born in 1795 and moved to Jones County, Georgia, in 1818 where he eventually acquired one thousand five hundred acres of land through a land lottery and purchase. Michael Healy became one of the more successful plantation owners in the county partly because of the forty-nine enslaved people who worked on his plantations. One of the enslaved was Mary Eliza Smith who became his wife and later the mother of Michael A. Healy. According to slave law at the time, Michael Augustine Healy was technically born into slavery, prompting his father to send him North for his education and future.

Healy was uninterested in pursuing his education and repeatedly ran away from school. In 1854 at the age of fifteen, he began his seaman career as a cabin boy aboard Jumna, an American Clipper ship which left from Boston, Massachusetts, for to Calcutta, India. For the next ten years, he sailed merchant vessels and became an expert seaman working his way up to the rank of officer.

In 1864 Healy applied to join the U.S Revenue Marine and was commissioned as a third lieutenant by President Abraham Lincoln on March 4, 1865. He was promoted to second lieutenant in 1866 and successfully served as a junior officer on multiple cutters along the East Coast until he was promoted to first lieutenant on July 20, 1870.

Healy began his lengthy service in Alaskan waters in 1875 when he became second officer on the cutter Rush, then shortly after was given command of Chandler, another revenue cutter, in 1877. Healy was promoted to captain in 1883 during his command of the cutter Corwin. In 1886, he became the commander of the cutter Bear.

Healy was already highly regarded as a seaman by the time he took command of Bear, but his reputation as “Hell Roaring Mike” came with this ship. In 1888 Healy and the sailors of Bear rescued one hundred and sixty sailors from various whaling vessels that were trapped in Alaska. Additionally, Healy acted as the de facto United States Government in these remote Alaskan waters as he played the role of judge, doctor, and policeman to Alaska natives, merchant seamen, and whaling crews. He remained commanding officer of the Bear until 1895.

Although Healy was removed from service for four years following a controversial court-martial conviction for gross irresponsibility on June 8, 1896, he was restored to command in 1900 due to a high demand for cutters in Alaskan waters after the Alaska gold rush. Captain Healy officially retired in 1903 and passed away shortly after on August 30, 1904. He was sixty-four.