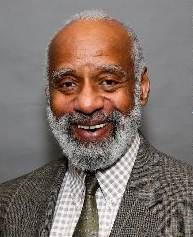 John K. Haynes
Fair use image
This entry is sponsored by Robert Green

John Kermit Haynes, biologist and academic administrator, is most famous for discovering methods for the detection and treatment of sickle cell anemia. Haynes was born on October 30, 1943 in Monroe, Louisiana. His father, John Kermit Haynes Sr. was a local business owner and a high school principal in Monroe who eventually became president of the Louisiana Teachers Association, the organization of black teachers in the state. His mother, Grace Ross Haynes, was a teacher and daughter of one of the few black attorneys in the state at the time, Daniel F. Ross.

Haynes is best known for his research on sickle cells, including studies he did for his doctoral degree. He continued this research in his post doctorate at Brown to acquire more knowledge about molecular biology. During this time, he began collaborating with Meharry Medical School. Hayes was invited to Massachusetts Institute of Technology for two more years of post doctorate research in biochemistry and continued to collaborate with Meharry. Hayes and research partner, Vernon Ingraham, studied the molecular aspects of the sickle cell anemia and found that red blood cells get caught passing through small capillaries due to a change in their shape.  Hayes also developed a process to examine these cells under the microscope to tell whether or not the patient has the sickle cell disease. This method was eventually applied to large scale screening for sickle cell anemia.

In 1973 Haynes accepted a faculty position at Meharry Medical School in the Department of Genetics and Molecular Medicine. He taught and continued to do research on sickle cells including studies of alterations in their membrane proteins. Over the course of the next two decades Haynes, working with other researchers including Leon Goldstein, continued to refine or develop ways to analyze the impact of sickle cells. That work led to his becoming a member of the American Society for Cell Biology by 1991.

In 1979 Haynes returned to Morehouse as a professor of biology, having been recruited by Dr. Walter Massey, the College President and a distinguished scientist most famous for his work on the Manhattan Project in World War II. Haynes eventually became the Dean of Science and Mathematics and worked with national programs to recruit and place minority students in fields of science and health. He managed grant funding for building projects in the Atlanta area, including Mapp-Nabrit-McBay Hall, the new Chemistry and Biology buildings at Morehouse. In 1999 he became the dean of the Morehouse Division of Math and Sciences.

Hayes is currently the David E. Packard Chair in Science at Morehouse and has been active in promoting STEM scholarship at his institution by developing new curriculum and courses, including an undergraduate biology curriculum with an emphasis on laboratory work.