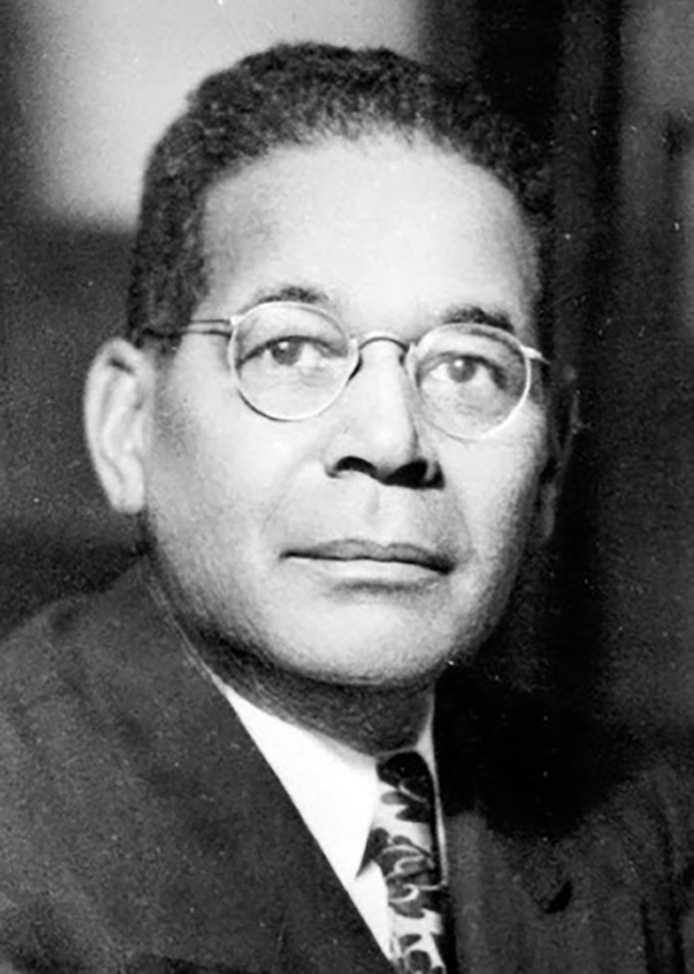 Author, educator and organizer George Edmund Haynes was a social scientist, religious leader and pioneer in social work education for African Americans. Born in 1880 to Louis and Mattie Haynes in Pine Bluff, Arkansas, George Haynes was the oldest of two children of a domestic worker mother and day laborer father. He was educated in the segregated and unequal school system of Pine Bluff, Arkansas.  Eventually his family moved to Hot Springs, Arkansas to pursue greater educational opportunities for the Haynes children.

In 1893 at the age of thirteen, Haynes attended the Chicago World’s Fair where for the first time he witnessed discussions about the problems affecting African Americans. It was here he first heard about the “Negro Problem” and a variety of possible solutions including emigration to Africa.

Haynes’s experience at the World’s Fair motivated him to pursue higher education.  With the support of his mother he enrolled at the Agriculture and Mechanical College for Negroes at Normal, Alabama. After a year he transferred to Fisk University in Nashville, Tennessee, where he eventually earned his B.A. degree in 1903. Haynes was admitted to Yale Graduate School where he earned his M.A. in 1904.

While working at the YMCA, he enrolled at the University of Chicago during the summers of 1906 and 1907. He then moved to New York and attended the New York School of Philanthropy (later called the New York School of Social Work of Columbia University) and was its first African American graduate in 1910. Two years later he became the first African American to earn a Ph.D. in economics from Columbia.

George Haynes, upon graduation found himself in New York at the beginning of the Great Migration of African Americans from the South to the urban North, and in particular, New York City.  The migration became an important issue for social scientists.  Haynes, the activist, became involved with various organizations that hoped to ease the transition of the Southern newcomers to the city.  The organizations included the Association for the Protection of Colored Women, the Committee for Improving the Industrial Conditions of the Negroes of New York, and the Committee on Urban Conditions among Negroes.  In 1910 Haynes and white reformer, Ruth Standish Baldwin, brought these three organizations together into the National League on Urban Conditions or the National Urban League (NUL).  Haynes became the first Executive Secretary of the NUL, a post he held between 1910 and 1917.

Haynes, used his work with black migrants as the basis for his 1912 Columbia University dissertation, “The Negro at Work in New York” which was later published by Columbia University Press under the same title.
.
After completing his dissertation Haynes was hired by Fisk University.  Between 1913 and 1917, he split his time between New York and Nashville, working directly on black community issues related to the Great Migration while teaching the next generation of social scientists who would succeed him.

In 1918, Haynes went to Washington, D.C. where he became a special assistant (with the title Director of Negro Economics) to the Secretary of Labor, a post he held until 1921.  While at the Department of Labor, Haynes conducted surveys and provided analysis and recommendations to the U.S. government on the most effective way to utilize the new Northern black industrial workers.  Much of his federally-sponsored research was published in 1921 as The Negro at Work During the World War and During Reconstruction.  Haynes and Emmett Scott who worked in a similar capacity in the War Department during this period, were the highest ranking black federal employees and the first to have influence at the Cabinet level.

In 1921 Haynes became the first Executive Secretary of the Department of Race Relations for the Federal Council of the Churches of Christ in America. Here he applied his study and analysis to the question of race and religion in Ameican society for the Council until his retirement in 1947.  In 1930 Haynes conducted surveys for the YMCA of South Africa and in the 1940s did much the same for other African nations.  His Africa work brought international prominence to his research.

Even after retirement in 1947, Haynes remained involved in race relations work while teaching courses at the City College of the City University of New York including one of the first courses on African American history presented in a predominately white institution. In 1948 Haynes was appointed to the first Board of Trustees of the new State University of New York (SUNY) system.  He also published one book, Africa, the Continent of the Future in 1950.