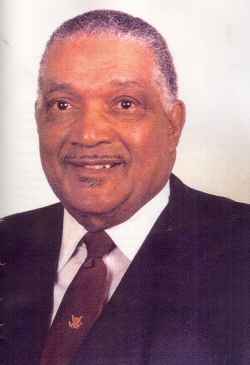 African American Congressman, Charles Arthur Hayes, will forever be remembered for his commitment to legislate equal rights for black labor workers.  After noticing racism aimed toward black workers in his hometown of Cairo, Illinois, Hayes moved to Chicago and started unionizing activities in 1942.  As a unionist, he helped end discriminatory hiring practices and improved job benefits for black laborers.  Hayes also was one of the first African American leaders to address the issues facing black women in Chicago’s African American community.

During the 1950s he helped persuade the United Packinghouse Workers (UPWA-CIO), a major, predominately white union in Chicago, to establish its headquarters in the African American community, fought against segregated housing patterns, and raised money to prosecute the murderers of Emmett Till.  Hayes later worked with Martin Luther King, Jr. and the Southern Christian Leadership Council (SCLC) in the Chicago civil rights movement.  In the 1970s and 1980s he helped found the Coalition of Black Trade Unionists (CBTU), assisted Operation PUSH and supported the campaigns of two black Congressmen who were elected in the state of Illinois.  In August 1983, he himself was elected to Congress in a special election to fill the vacant seat created when Harold Washington was elected Mayor of Chicago.  Hayes served in Congress for ten years.

While in Congress Hayes made headlines for his arrest at the South African Embassy in Washington, D.C. during an anti-apartheid protest.  He also pushed for passage of the “School Dropout Demonstration Assistance Act of 1987” and a bill that established a Black Higher Education Center in Washington, D.C.  Former Congressman Hayes died in Chicago in 1997.