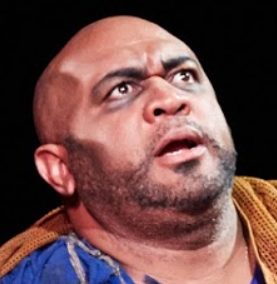 Gordon Hawkins was born in Clinton, Maryland, in 1959, into a family with six older brothers and sisters. He graduated from the University of Maryland’s School of Music. He is a baritone opera singer and considered one of the very best in the world. Baritone is the second deepest tone of voice for singers, lower than tenor but higher than bass. He started his opera career, singing the various bel canto roles of Italian opera. Bel canto is actually Italian for “beautiful singing,” and early on in his career, Gordon Hawkins received praise from critics, particularly Jon Tuck of the Washington Post, who noticed Hawkins to be “one of the most promising young singers of the decade.”

Hawkins has gained international attention for his spectacular, detailed performances as one of the best baritone opera singers in the world. He’s won the Metropolitan Opera National Council Auditions and been a George London Grant recipient, for not only his phenomenal voice but also his charismatic, on point, dramatic instinct in his performances. These competitions are among the most prestigious in the world of opera and have received international attention. In 2006, Hawkins was honored as the Washington National Opera’s Artist of the Year, the highest honor for a performer in the leading opera venue in the nation’s capital.

Gordon Hawkins is thoroughly known in the United States, as well as Europe. He has played many different dramatic roles and characters in American, German, and Italian performances. Throughout his career, Gordon Hawkins has performed with opera groups such as the Washington National Opera in Washington, D.C., the BBC Orchestra at Royal Albert Hall in London, England, Deutsche Opera Berlin in Berlin, Germany, and Teatro Maestranza in Seville, Spain. Hawkins has also performed with such celebrated Opera singers as Placido Domingo, Mirella Freni, and Luciana Pavarotti.