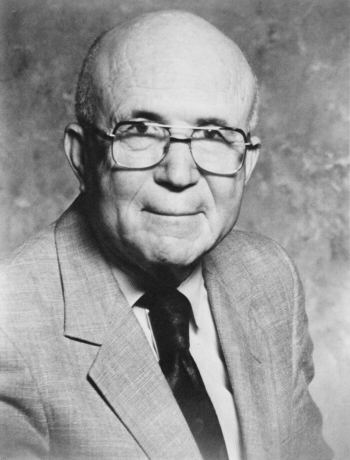 Image courtesy US House of Representatives

The grandson of a British explorer and the son of a pharmacist, Augustus Freeman “Gus” Hawkins was born in Shreveport, Louisiana but moved with his family to Los Angeles, California in 1918.  He earned a degree in economics from the University of California at Los Angeles in 1931 and later attended graduate classes at the University of Southern California.  Inspired by the socialist writer Upton Sinclair, he assisted in Sinclair’s failed run for California governor and later worked to get out the vote for Franklin D. Roosevelt in the Presidential election of 1932.

In 1962 Hawkins, with the enthusiastic support of President John F. Kennedy, was elected to serve in the US House of Representatives from California’s 29th District, thus becoming not only the state’s first black Congressman but also the first black elected to Congress west of the Mississippi River.  At the pinnacle of this political career he was chairman of the House Education and Labor Committee and co-sponsored with Minnesota Sen. Hubert H. Humphrey the Full Employment and Balanced Growth Act of 1978 (better known as the Humphrey-Hawkins Act) which promoted the goal of full employment and required the Federal Reserve Board report to Congress concerning the nation’s economic health.  Among other measures he championed were Title I of the Elementary and Secondary Education Act (better known as “No Child Left Behind”) and Title VII of the 1964 Civil Rights Act which established the Equal Employment Opportunity Commission.  Other legislation he shepherded included the 1974 Juvenile Justice and Delinquency Prevention Act, Pregnancy Disability Act of 1978, Youth Incentive Employment Act of 1984, the Job Training Partnership Act of 1985, and the Historically Black College and University Act of 1986.  Hawkins also chaired the Committee on House Administration and, with New York Congressman Adam Clayton Powell, co-founded the Democratic Select Committee, the precursor of the Congressional Black Caucus.  He repeatedly called for increases in the Federal minimum wage and in the early 1970s forced the Defense Department to reinvestigate the so-called “Brownsville Raid” of 1906 which resulted in posthumous honorable discharges for the accused black participants and monetary compensation to the lone survivor.

Over his long political career Hawkins co-sponsored more than 300 pieces of legislation.  In 1991, at age 100, he retired as the oldest living person ever to have served in Congress.  He was succeeded by another African American, Maxine Waters, as the district’s representative in Congress.  Twice married and the stepfather of two daughters, he stood only 5’4” and was light-skinned enough to be mistaken for someone of purely European ancestry.  Suffering physical disabilities of old age, he died in Suburban Hospital in Bethesda, Maryland on November 10, 2007.  Honoring his many accomplishments, in the year 2000, the Augustus F. Hawkins Natural Park was established in South Los Angeles, and in 2012 the Augustus Hawkins High School opened at 825 West 60th Street in Los Angeles.