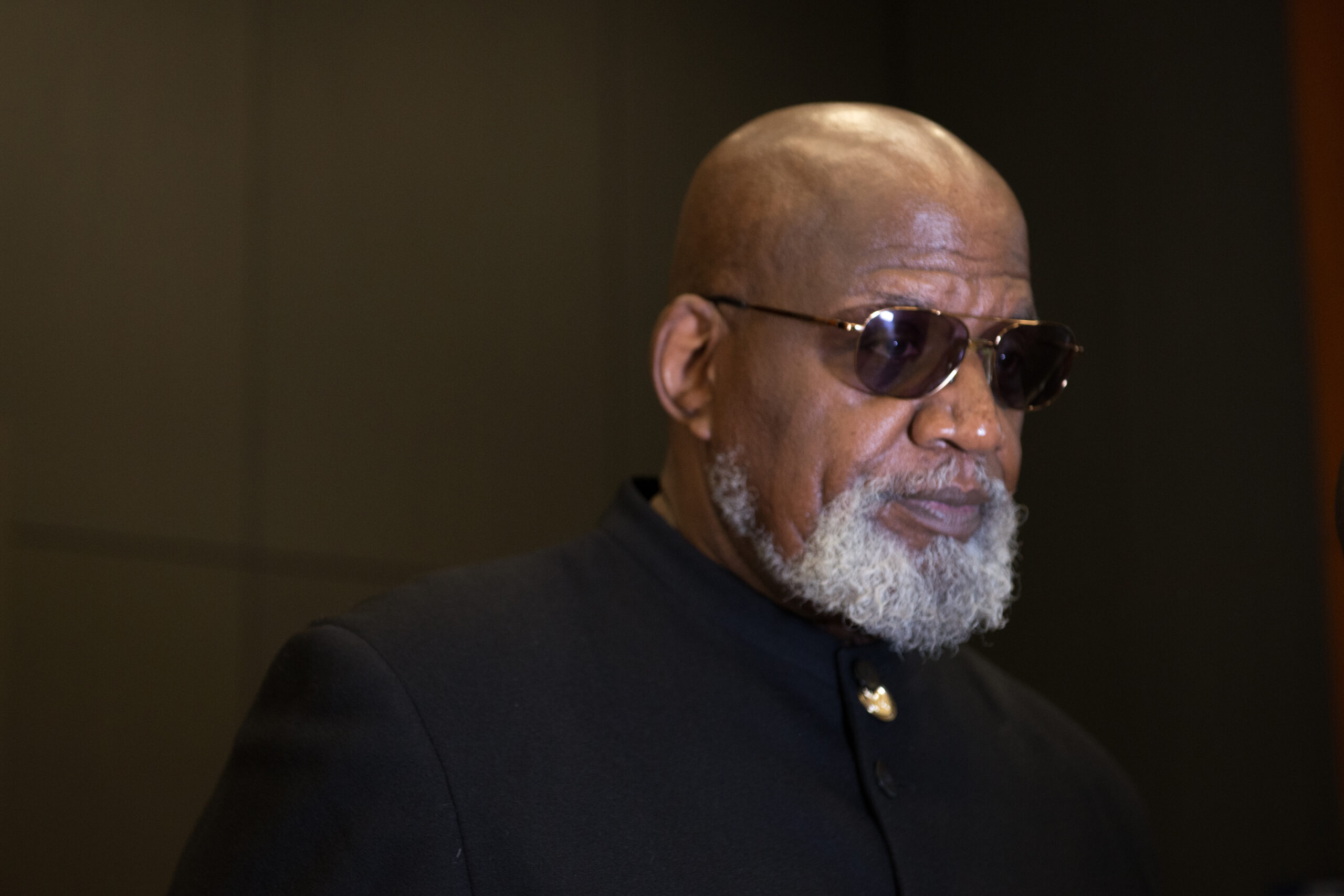 Harry Edwards is an Emeritus Professor at the University of California at Berkeley best known for co-engineering the “Revolt of the Black Athlete” in the late 1960’s.  Edwards, born in East St. Louis, Illinois in 1942, attended Fresno City College from 1959 to 1960 as a four-sport student athlete.  He transferred to San Jose State University in 1960 on an athletic scholarship in track and field.  While he had success on the track field, Edwards and other black student-athletes confronted housing and employment discrimination and a segregated campus social life.  Moreover, the university funneled black student-athletes into a physical education curriculum to keep them eligible to compete in intercollegiate sports.  Few graduated during the years of their athletic eligibility. Determined to earn a social work degree, Edwards began challenging the system.  In 1964, he became the first black student-athlete since the early 1950’s to graduate from San Jose State.

Edward then began graduate work in sociology at Cornell University, where he was one of the first students to study black sociology. After receiving his M.A. in 1966, Edwards took a temporary leave from Cornell to teach at San Jose State as a visiting professor during the 1966-1968 academic years. This period also spawned the “Revolt of the Black Athlete,” following Edwards and Kenneth Noel’s formation of the United Black Students for Action (UBSA). This controversially led to the cancellation of the university’s opening football game with the University of Texas at El Paso in 1967. San Jose State University became the first major college in the U.S. to cancel an athletic event under the threat of racial protest.  The cancellation led the university to reform its athletic program, addressing many of the concerns the UBSA raised.

Shortly after the San Jose State protests, the UBSA transformed itself into the Olympic Project for Human Rights (OPHR), an organization designed for the specific purpose of boycotting the 1968 Summer Olympics.  Edwards was the lead organizer and public face for the OPHR. Despite much public criticism, personal threats and constant FBI surveillance, Edwards and the OPHR led a successful boycott of the New York Athletic Club Indoor Track Classic.  OPHR also led anti-apartheid protests that prevented South Africa being reinstated into the Olympic Games in 1968.

The high point of the OPHR protest came on October 19, 1968, at the Mexico City Summer Olympics when Tommie Smith and John Carlos shocked the world by protesting against racism and human oppression with a black-gloved fist salute while standing on the winners’ podium. Ironically, this protest occurred as Edwards was studying in graduate school at Cornell University and working on his first major book, The Revolt of the Black Athlete.

Harry Edwards, The Revolt of the Black Athlete (New York: the Free Press, 1970); The Struggle that Must Be: an Autobiography (New York: Macmillan Publishing Co., 1980); and David Leonard, “What Happened to the Revolt Black Athlete?: A Look Back Thirty Year Later—An Interview with Harry Edwards,” Colorlines (Summer 1998) (URL: http://www.colorlines.com/articles/what-happened-revolt-black-athlete; HBO, Fists of Freedom: The Story of the ’68 Summer Games (1999); Michael E. Lomax, Sports and the Racial Divide (Jackson, MS: Univ. Press of Mississippi, 2008.