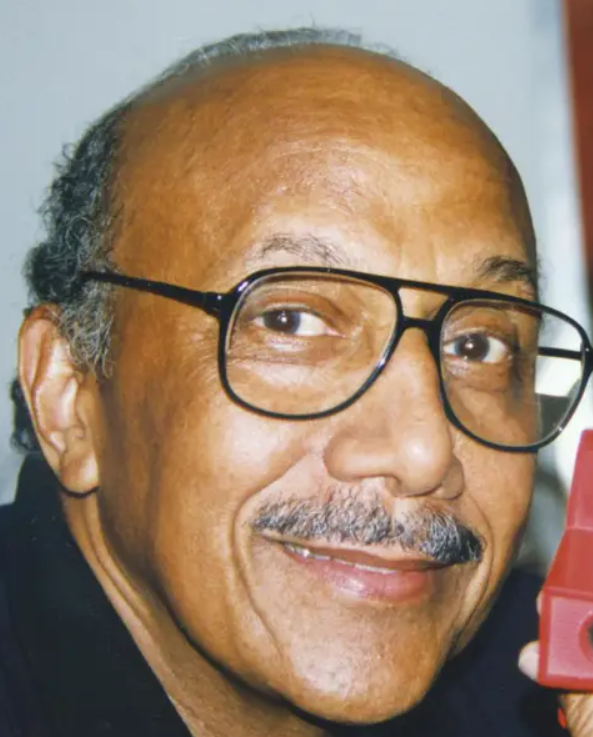 Charles Harrison was one of the most prolific industrial designers of the twentieth century. One of only a handful of early African American industrial designers, he specialized in creating a variety of practical household goods emphasizing form and function. Harrison’s output of innovative consumer products was so prodigious that today it would be difficult to find a household in America without items exemplifying his utilitarian designs. In 1961 Harrison became the first black executive that Sears, Roebuck & Company ever hired at its headquarters in Chicago, Illinois.

Harrison was born on September 23, 1931, in Shreveport, Louisiana. Both his parents contributed to Harrison’s interest in design. His father, Charles Alfred Harrison Sr., taught industrial arts at Southern University in Louisiana, at Prairie View A&M University in Texas, and at all-black George Washington Carver High School in Phoenix, Arizona. Harrison’s mother, Cora Lee Smith Harrison, inspired her young son to observe the colors of plants and flowers and the simple beauty of natural forms.

After graduating from Carver High School in Phoenix, Arizona, Harrison moved to California to attend City College of San Francisco where his special talent for art was first developed. Harrison then received a scholarship to the School of the Art Institute of Chicago (SAIC).

After getting his BFA degree from SAIC in 1954, Harrison was drafted into the U.S. Army and assigned as a cartographer in West Germany. However, he got out of the Army early when SAIC accepted him as a graduate student in industrial design. It was during his graduate school years in Chicago that Harrison met his future wife, Janet. They married and raised a son, Charley.

At SAIC, Austrian-born designer Henry Glass mentored Harrison, and it was with Henry P. Glass Associates in 1956 that Harrison began his career. By 1958 Harrison was working at Robert Podall Designs in Chicago when his iconic redesign of the View-Master toy rapidly became a worldwide success.

Harrison was hired by Sears in 1961, prompting the company to drop its unwritten policy of not hiring black people to its design staff. By the time he retired from Sears, Harrison had led the firm’s design team and had some seven hundred and fifty designs of everyday objects to his name. Most of the consumer products in the Sears catalogs during the years Harrison worked at the company had his design stamp on them.

While Harrison’s design update of the Model F View-Master may have been his most famous achievement, his personal favorite was the polypropylene garbage can with a snap-lock lid, designed in 1963, the first-ever plastic rubbish bin. Prior to this time, garbage cans were made of galvanized steel. Patterson reworked his originally round plastic can to a rectangular form with wheels, which to this day is the standard around much of the world.

After Harrison retired from Sears in 1993, he taught industrial design at the University of Illinois and at Columbia College Chicago. His biography, A Life’s Design, was published in 2005.

Charles Harrison died on November 29, 2018 in Santa Clarita, California from a bacterial infection. He was 87.