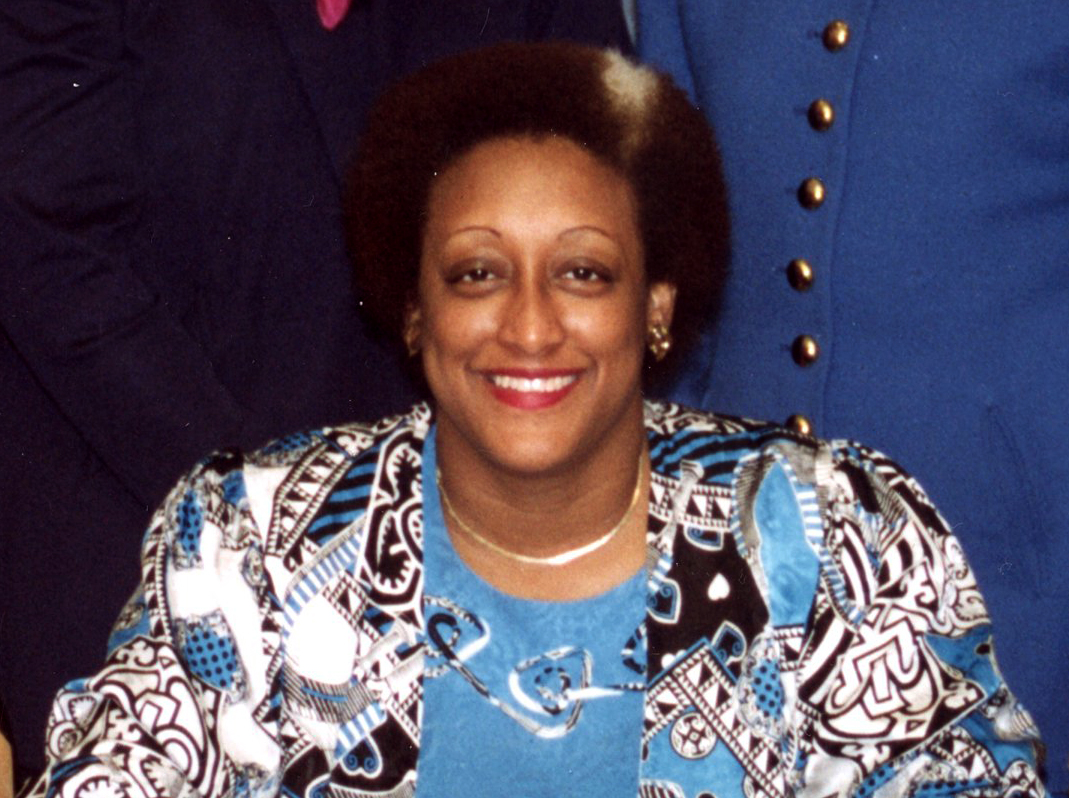 In 1991, Sherry D. Harris was the first out black lesbian elected to public office in the United States. This also gave her the distinction of being the first African American woman on the Seattle City Council in Washington State.

Harris was born on February 27, 1957 in Newark, New Jersey to a single mom, Dorothy Harris. An only child, she grew up in this community’s ghetto. She recalled witnessing the 1967 riots there. Dorothy Harris became her daughter’s role model with her emphasis on contributing to society and active community involvement.

Harris received a Bachelor of Science degree in Human Factors Engineering (Ergonomic Engineering) from the New Jersey Institute of Technology in 1978. She moved to Seattle shortly thereafter. As an engineer, she worked for Pacific Northwest Bell Telephone Company and Boeing. She engaged extensively in neighborhood activism through such organizations as Maple Leaf Community Club, Northwest Women’s Law Center, Association of Lesbian Professionals of Seattle, and Greater Seattle Business Association. She was appointed to five city boards and commissions in the 1980s.

In 1991, Harris ran for political office in Seattle. She became the first candidate endorsed by the then newly-founded Gay & Lesbian Victory Fund, a national organization supporting LGTBQ (Lesbian Gay Transgendered Bisexual Queer) persons in politics. By a 70% majority, Harris defeated the 24-year incumbent, Sam Smith, who had been the first African American elected to the Seattle City Council. She served as an at-large City Council member from 1992 to 1995.

Harris chaired the Council’s Housing, Health, Human Services and Education Committee and served on the Transportation and Utilities Committees. She sponsored or co-sponsored several gay-positive initiatives. She also helped to raise over $1 million to fight anti-gay ordinances in the state. Growing up in Newark with its poverty and lack of investment spurred her to promote downtown Seattle projects like the expansion of the Washington State Convention and Trade Center. In 1994, she and fellow Council Member, Jane Noland, successfully added an amendment to the Women and Minority Business Enterprise Ordinance to ensure a certain percentage of city contracts for women and minorities along with encouraging the city’s utilization of their businesses. She co-founded and chaired the Gay/Lesbian/Bisexual Caucus National League of Cities.

Sherry Harris lost her re-election bid in 1995. She attempted a political comeback two years later but did not win the general election. Since then Harris has focused on a holistic vision of persons, politics, and society. In 2010 Harris published her book, Changing the World from the Inside Out: Politics for the New Millennium. She founded her own company in Seattle: Spirit Mind Body Educational Resources. She lectures and conducts workshops locally, nationally, and internationally.