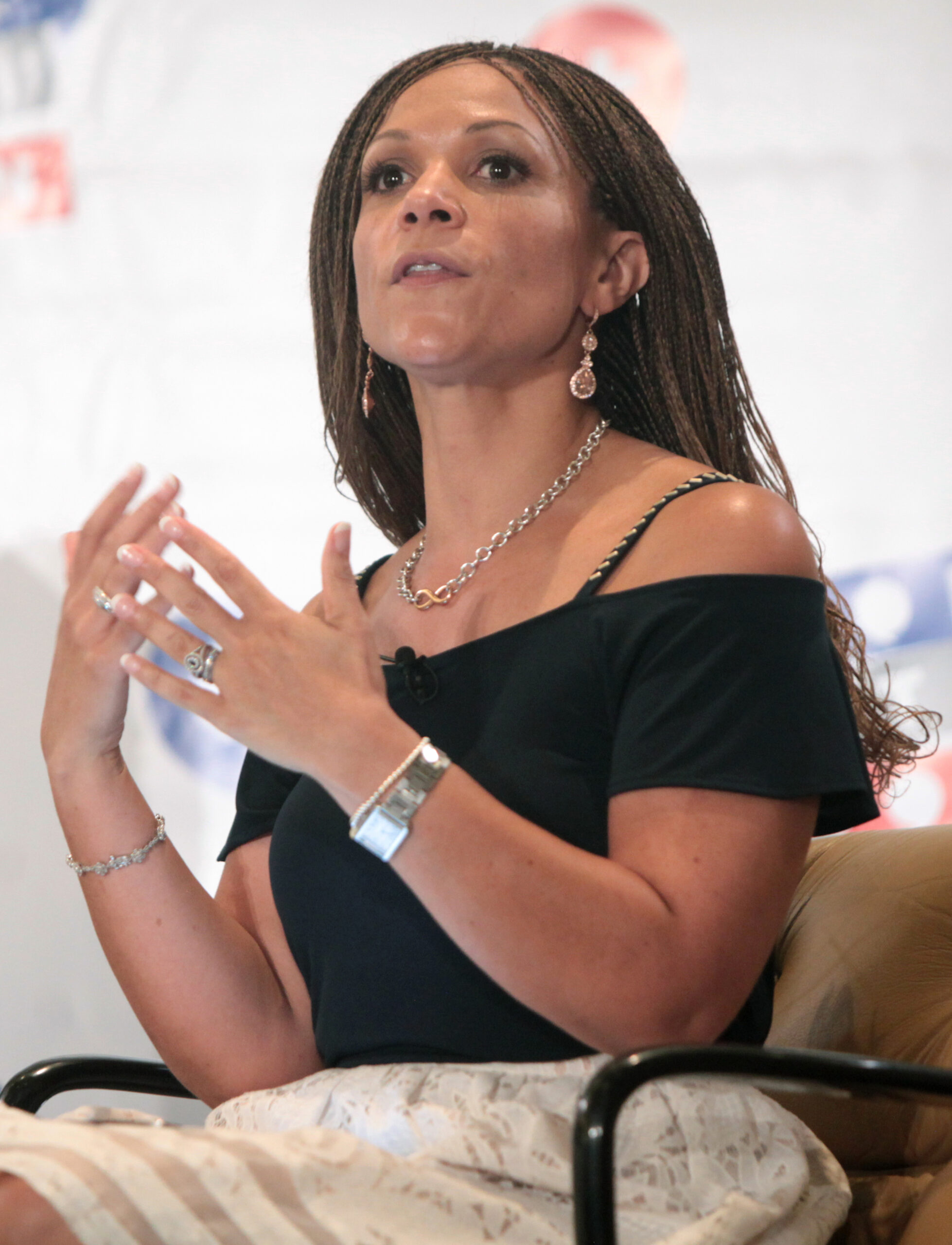 Melissa Harris-Perry is an American author, professor, television host, and political commentator who focuses on African American political issues. Harris-Perry has written for The Nation, in addition to penning her two award-winning books, Sister Citizen: Shame, Stereotypes, and Black Women in America (2013), and Barbershops, Bibles, and BET: Everyday Talk and Black Political Thought (2004) in which she discusses the issues facing the black social and political communities in the United States. Harris-Perry also hosted MSNBC’s Melissa Harris-Perry, a weekend news and opinion program for four years.

Melissa Victoria Harris was born on October 2, 1973, in Seattle, Washington, the daughter of a white mother and a black father, and was raised in Chesterfield County, Virginia, near Richmond. Her mother, Diana Gray, was a teacher who also worked for nonprofit organizations that provided services for rural communities such as health care and day-care centers, and access to reproductive care for poor women. Her father, William Harris, Sr. was the University of Virginia’s first dean of African American Affairs.

Harris-Perry graduated from North Carolina’s Wake Forest University, earning her bachelor’s degree in English in 1995, and then received a PhD in political science from Duke University in 1999. Her dissertation would become the roots of her first book, Barbershops, Bibles, and BET.  The 2004 book won the 2005 W.E.B. DuBois Book Award from the National Conference of Black Political Scientists, and the 2005 Best Book Award from the American Political Science Association. In Barbershops, Harris-Perry, then Melissa Harris-Lacewell, analyzed and discussed black political ideology and the persistent social and economic inequality faced by the black community. She made the argument that the black community develops understanding of its collective political interests through community dialogue. Harris-Perry’s second book, Sister Citizen, describes how stereotypes about black women in America affect their political beliefs, abilities, and actions.

Following her studies at Duke, Harris-Perry taught at the University of Chicago in Illinois for seven years and Princeton University for five, during which time she married her first husband, Dennis Lacewell, and had their daughter, Parker. In 2006, Harris-Perry went to New Orleans, Louisiana, to address the National Fair Housing Alliance’s conference shortly after Hurricane Katrina, and there she met her second husband, community activist and lawyer, James Perry. They married in 2010, and welcomed their first child together, daughter Anna.

After being denied a full professorship by Princeton in 2011, Harris-Perry continued her work in political journalism, and from January of 2012 until February of 2016, Melissa Harris-Perry was the host of her self-titled MSNBC television show on which she discussed contemporary political topics in the United States. She is currently a regular contributor for The Nation, for which she writes a column called “Sister Citizen.” Harris Perry is currently on the faculty of Wake Forest University as the director of the Pro Humanitate Institute. She also occupies the Maya Angelou Presidential Chair, and in 2012 founded the Anna Julia Cooper Center at the university which aims to support and advance research regarding gender, race, and politics.