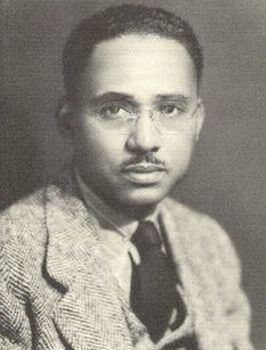 Abram Lincoln Harris, Jr., the grandson of slaves, was the first nationally recognized black economist. Harris was highly respected for his work that focused primarily on class analysis, black economic life, and labor to illustrate the structural inadequacies of race and racial ideologies.  Harris’s major published works include The Negro Population in Minneapolis: A Study of Race Relations (1926), The Black Worker: the Negro and the Labor Movement (1931), and a book co-authored with Sterling D. Spero, The Negro as Capitalist (1936).  His final book, Economics and Social Reform, appeared in 1958.

Harris was a Marxist scholar and its theories influenced his work.  His The Black Worker was recognized as the foundation for future economic histories and assessments of the black condition.  The Negro as Capitalist argued that non-racial economic reforms were the key to solving black fiscal woes.  He also argued that capitalism was morally bankrupt and that employing race consciousness as a strategic way to enlighten a public was self-defeating.  W.E.B. DuBois described Harris as one of the “Young Turks” who challenged the then existing historical theories about blacks in a capitalist society while insisting upon using modern social scientific methods to further his analyses of African American life.

Born in 1899 in Richmond, Virginia to parents Abram Lincoln Harris, Sr., a butcher, and Mary Lee, a teacher, Harris grew up as part of the black middle class community in Richmond. After high school Harris earned a bachelor of sciences degree from Virginia Union University in 1922.

After graduation from Virginia Union, Harris enrolled at the New York School of Social Work and worked briefly for the National Urban League (NUL) and the Messenger, the leading black Socialist newspaper.  Harris taught for one year at the West Virginia Collegiate Institute (now West Virginia State University) and then earned an M.A. from the University of Pittsburgh in 1924. Harris was appointed head of the Department of Economics at Howard University in 1928 and later completed his doctorate in economics from Columbia University in 1930. Harris married his first wife, Callie McGuinn, in 1925 and later divorced in 1955.  Harris married his second wife Phedorah Prescott in 1962.

In the 1940s Abram Harris, along with E. Franklin Frazier, Allison Davis, and Ralph Bunche, was selected by the Swedish economist Gunnar Myrdal as “insiders” to work on his groundbreaking study An American Dilemma which was published in 1944.  Toward the end of the 1940s Harris began to retreat from his earlier work, progressive and race politics, and began to concentrate on economic philosophy.