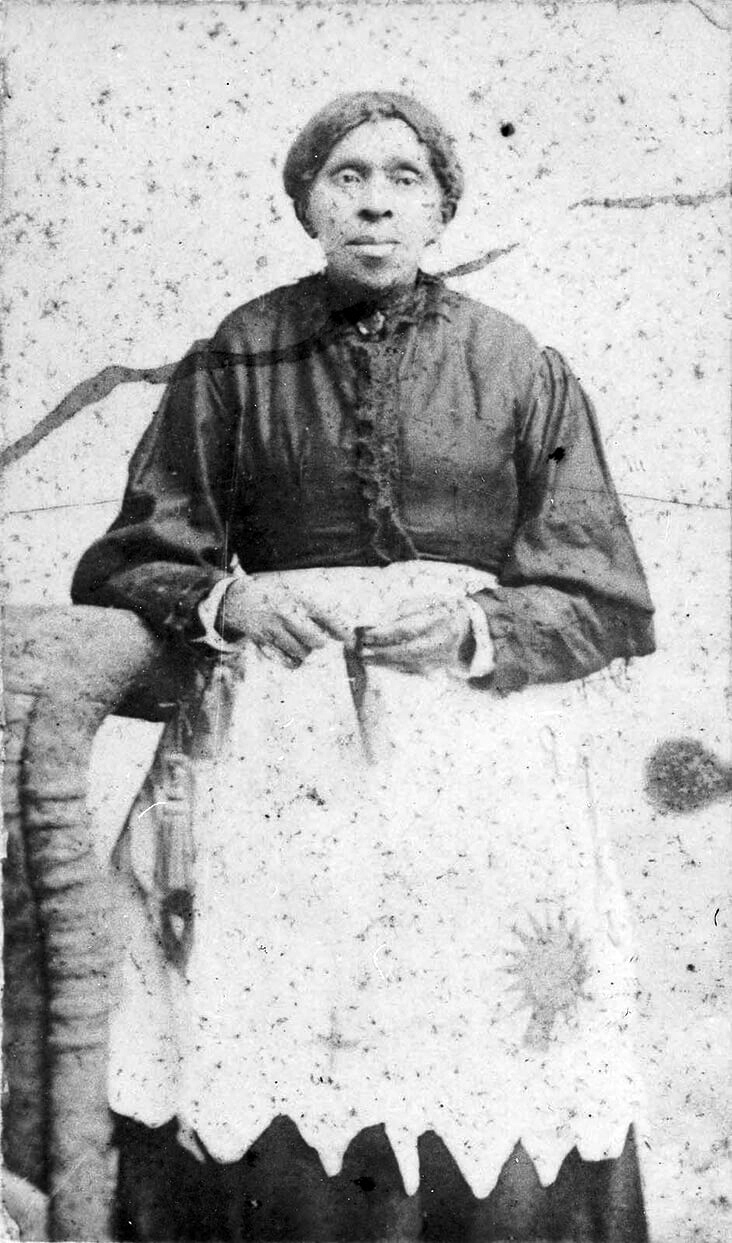 Harriet Powers is one of the best known southern African American quilt makers in the nation. Only two of her quilts survive today, both made after the Civil War. One is in the National Museum of American History collection at the Smithsonian Institution in Washington, D.C., and the other is in the Museum of Fine Arts, in Boston, Massachusetts.

Harriet was born into slavery on October 29, 1837, in Clarke County, Georgia, on a plantation owned by John and Nancy Lester. There are few details about her early life as a child and young adult. According to the 1870 US Census, she married Armstead Powers, a farmhand, in 1855, at the age of eighteen and the couple had nine children.

The first known display of Powers quilts were in 1886 at a cotton fair in northeast Georgia. Jennie Smith, an artist and art teacher at the Lucy Cobb Institute in Athens, Georgia, approached Powers about purchasing the quilt displayed, but Powers declined to sell it. The cotton quilt consisted of numerous pictorial squares, depicting biblical scenes and celestial phenomena. They were constructed through applique and piecework and were a mixture of hand and machine stitched. Smith and Powers remained in touch and when Powers fell on hard times about five years later, she agreed to sell the quilt for five dollars (about one hundred and thirty-eight dollars in 2020). At the time of the sale, Powers explained the imagery in the squares, and Smith recorded the descriptions for posterity.

The first quilt was made of 299 separate pieces of fabric, depicting scenes from Bible stories and spirituals. The figures were colorful and stitched to a watermelon-colored background. Broken vertical strips divided the quilts into panels that told stories. Powers could not read or write, but the stories she heard came to life on her quilts. By the 1880s Harriet and Armstead Powers owned a small farm but had to sell parts of their land to make ends meet. Armstead Powers left her in 1895, and she most likely supported herself and her family by working as a seamstress.

The second quilt was acquired by wives of faculty members of Atlanta University, now Clark Atlanta University in 1898. The wives gave the quilt as a gift to the Reverend Charles Cuthbert Hall of New York, while he served as the chairman of the board of trustees at Atlanta University. The second quilt consists of 15 panels, and illustrates Bible stories and natural events, such as the Leonid meteor storm. The quilt was purchased from Rev. Hall’s heirs by folk art collector Maxim Karolik and donated to the Museum of Fine Arts.

In January 2005, doctoral student in history at the University of Georgia, Cat Holmes, discovered the grave of Harriet Powers, her husband, and a daughter. The headstone was uncovered at Gospel Pilgrim Cemetery in Athens, Georgia. A few books and a play, “Quilting in the Sun,” honor her memory. Harriet Powers was inducted into the Georgia Women of Achievement in 2009.