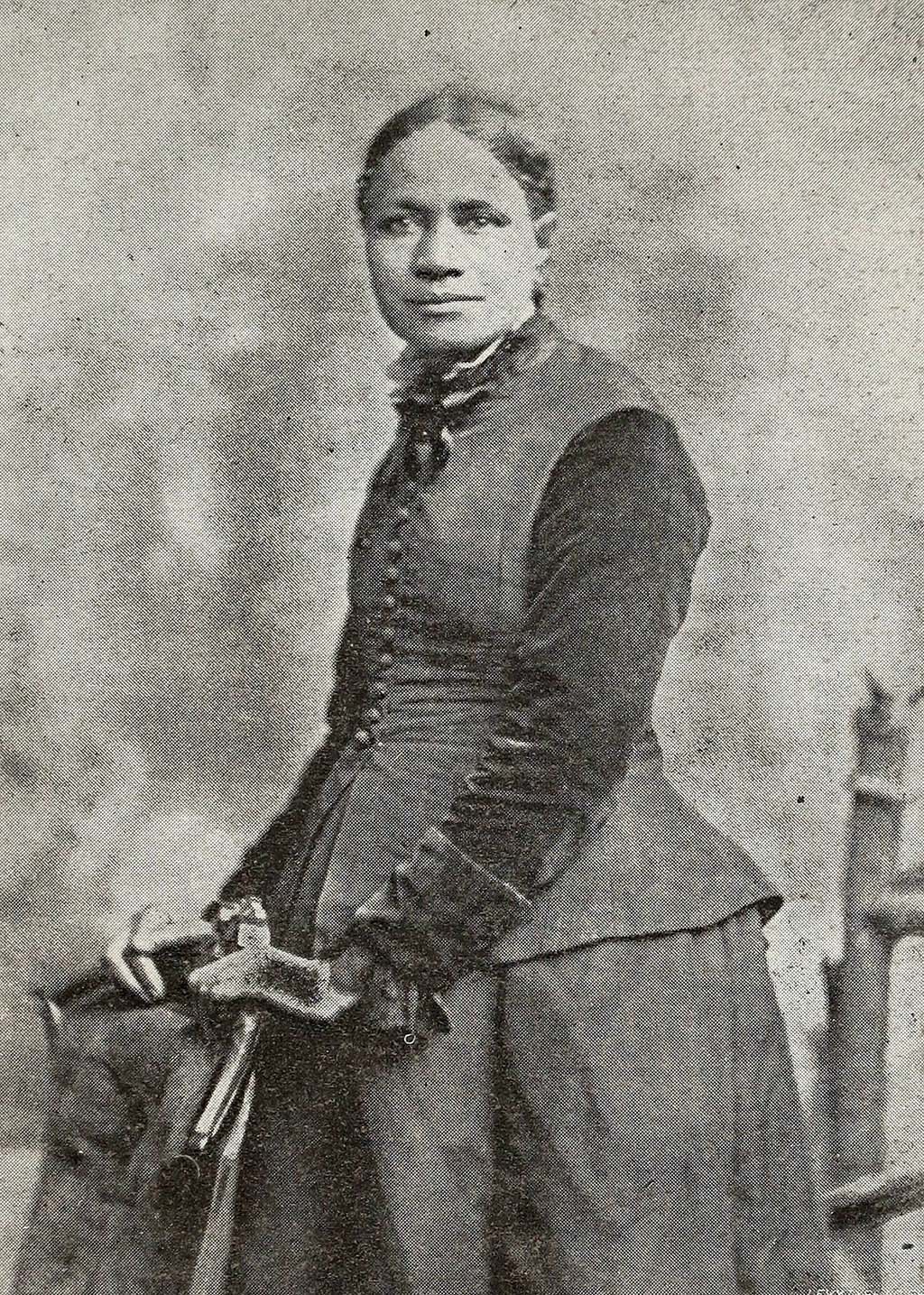 A poet and essayist, Frances Ellen Watkins was born in Baltimore, Maryland in 1825.  Orphaned at the age of three, Watkins went to live with her aunt and uncle, Harriet and William Watkins.  Unlike most free blacks, Frances grew up in comfortable surroundings; her uncle juggled several occupations in order to support the family, including preaching, shoemaking, and medicine. He was also a teacher and administrator at Watkins Academy, a school he had established in 1820.  Like other young women, Frances learned the female “trades” of sewing and domestic work in addition to learning academic subjects at her uncle’s school.

While working for a white family as a nursemaid, she read extensively and began writing poetry.  She compiled her first collection of poems, Forest Leaves, in 1845.  Her early associations with influential abolitionists William Lloyd Garrison and William Still helped in the publication and circulation of her work.  In addition to writing poetry, she traveled on the antislavery lecture circuit and sent the money she earned on these tours to her uncle in order to sustain the work of the Underground Railroad.

In 1860, Watkins married Fenton Harper and settled on a farm in Ohio.  During her four-year marriage, she apparently gave up lecturing in order to raise their daughter, Mary, and Fenton’s three children from an earlier marriage.  After her husband’s death saddled her with a large debt, Harper resumed lecturing for the antislavery cause, teaching, and writing poetry and novels in order to support herself and her family. Iola Leroy, published in 1892, may have been Harper’s last lengthy literary work. In addition to antislavery, Harper was also active in the temperance movement. She wrote numerous poems on the evils of alcohol. She died on February 20, 1911 and was buried in Edenton Cemetery.