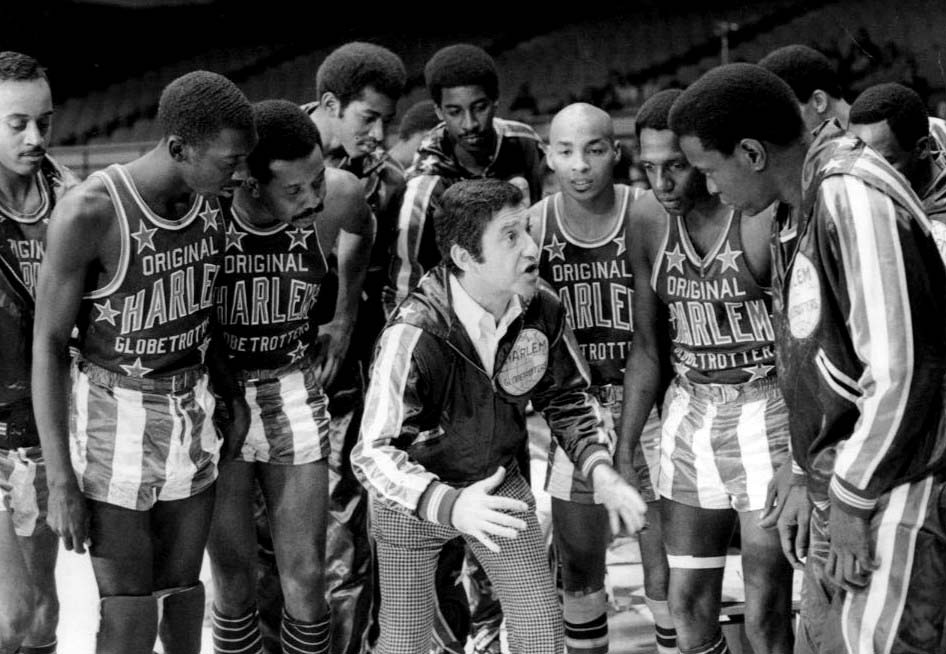 The Harlem Globetrotters have gained worldwide recognition for combining their basketball playing skills with comedic tricks and stunts. Over the past eight decades the Globetrotters have competed in more than 20,000 games in over 100 countries.

The Harlem Globetrotters began in Chicago in 1926 as an all African American team known as the Savory Big Five.  Abe Saperstein, who was a coach in the Chicago area as well as a promoter and an agent, acquired the team and remained its owner until his death in 1966.  The team made its debut as the New York Globetrotters in Hinckley, Illinois in January 1927. They later adopted the name the Harlem Globetrotters in 1930 to reflect the team’s predominantly African American roster and the affluent culture of Harlem at the time.

During its early years, the team traveled around the country competing against both black and white basketball teams and developed a winning record.  In 1939, the team lost to the New York Rens when it completed in its first professional basketball championship.  It won against the Chicago Bruins in the championship game one year later.  During its first fifteen years, the Globetrotters competed like all other professional teams.  Coach Abe Saperstein proposed the team integrate tricks and stunts to keep the attention of audiences during lopsided matches; these performances became the trademark of the Harlem Globetrotters.

In 1950, the team made its first trip to Europe with a world tour following soon after. At around the same time, the National Basketball Association (NBA) began integrating its teams, leaving the Harlem Globetrotters little competition.  It was during this period that the clowning, tricks, and routines became standard for the Harlem Globetrotters, as they sought to maintain a place in basketball as an all-black team.

By the late 1950s, some of the Globetrotters emerged as star performers who well known beyond the world of professional basketball.  These standout player-performers included Fred “Curly” Neal, Reece “Goose” Tatum, and Clarence Wilson “Meadowlark” Lemon.  NBA legend Wilt “the Stilt” Chamberlain also played with the Globetrotters as did Lynette Woodard, the first woman to play professional basketball. Celebrities such as Bill Cosby and Earvin “Magic” Johnson have been awarded honorary team membership with minimal salaries for about $1 a year.

Former player Mannie Jackson purchased the team in 1993, giving it African American ownership for the first time.  The team would play its 20,000th game in 1998, and in 2002 the Harlem Globetrotters were enshrined in the Basketball Hall of Fame.