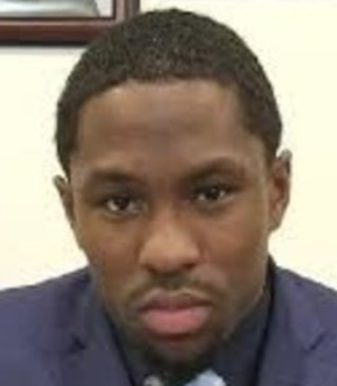 Hanif Johnson is the youngest Magisterial District Judge in Pennsylvania. He was born and raised in Harrisburg by his mother, Wendy Johnson-Thompson, a Drug and Alcohol Counselor in the city. Johnson had a difficult childhood and was jailed three times for minor offenses.

Johnson attended Harrisburg High School where he decided to try out for the track team, a decision that changed his life’s trajectory. He won several awards including the 2007 PIAA Triple Jump State Champion. Johnson graduated from the SciTech Campus in 2008 and then attended Penn State University where he became the Track and Field Team Captain and earned the honor of being an All-American in Division I Track and Field. Johnson graduated from Penn State in 2012, with a B.S. in Economics.

After graduation Johnson briefly served as a youth counselor at Scaffner Youth Center in Steelton, Pennsylvania. He later served as the Director of Youth Activities and a family resource specialist at Capital R.E.B.I.R.T.H. Inc, in Harrisburg. As a family resource specialist, Johnson worked with at-risk youth to assist and empower them in their personal and academic lives.

At 26, Johnson decided to run for a Dauphin County District Judge position. Johnson said during his campaign that he knocked on local doors and encountered some residents who mocked him because they thought he was too young to serve in that position. A magisterial district judge is elected by residents, and a law degree is not required. One must be a local resident for at least one year, be a Pennsylvania state bar member, and no younger than 21, or older than 75. Training is provided to prepare the elected official and an examination must be passed before appointment. This step can be bypassed if the candidate is already a member of the state bar. The District Judge hears minor criminal and traffic cases and determines if a case is dismissed or passed on to the Court of Common Pleas.

Johnson won in the general election on November 7, 2017 for the Dauphin Magisterial District. He defeated Republican candidate Claude Phillips to capture 953 out of 1,300 votes or 73% of the total. His six-year term began in January 2018. Hanif L. Johnson has two children and resides in Harrisburg, Pennsylvania.