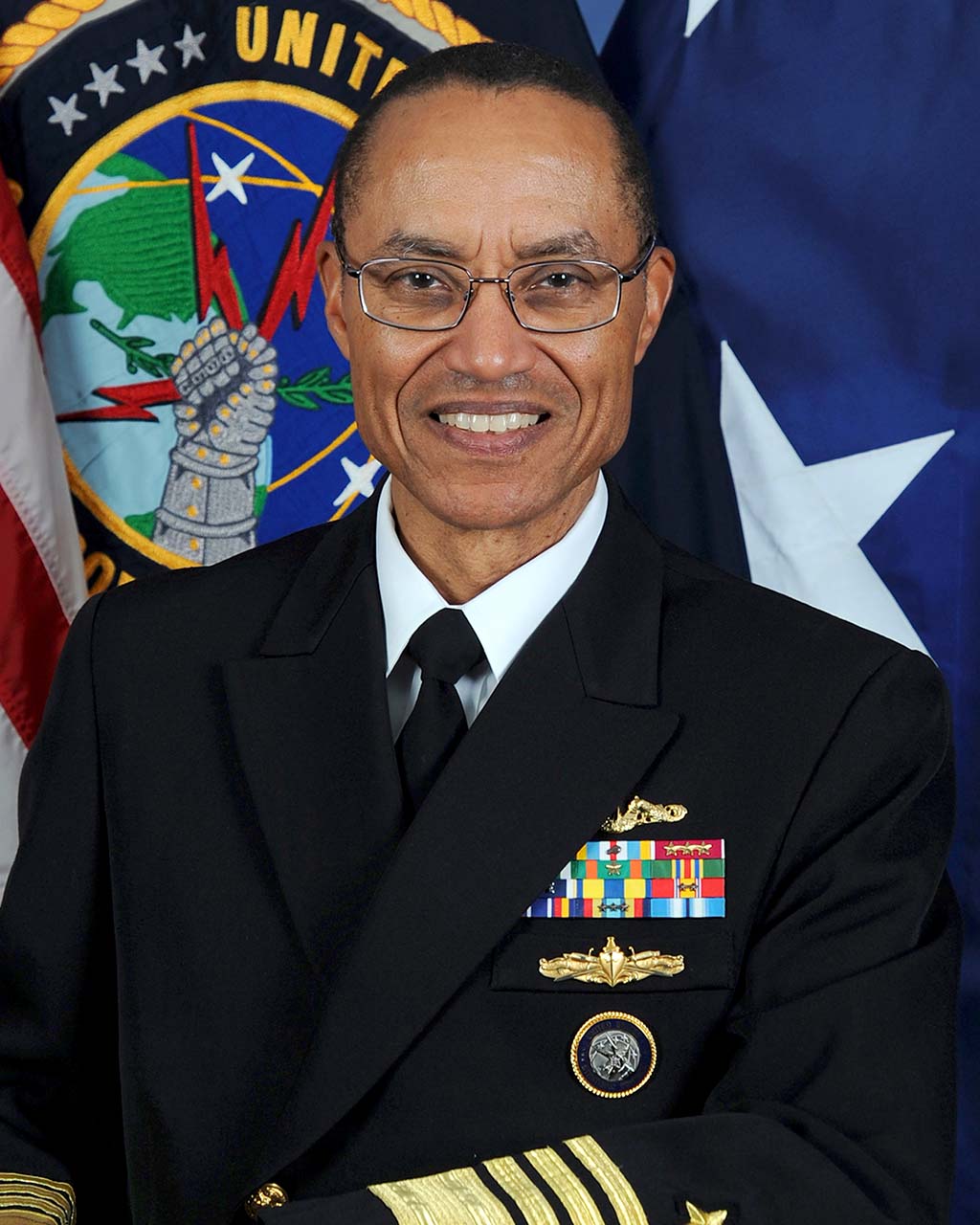 Navy Admiral Cecil Haney was born into a struggling family in “humble surroundings” in Washington, D.C., on December 1, 1955. After graduating from the city’s Eastern High School he left for Annapolis, Maryland, where he was a distinguished midshipman at the United States Naval Academy, graduating there in 1978 with a degree in ocean engineering.

His assignments onboard submarines as engineer, radiological control officer, executive officer, and squadron deputy began with duty on the USS John C. Calhoun (SSBN), followed by duty on the USS Frank Cable (AS 40), USS Hyman G. Rickover (SSN 709), USS Asheville (SSN 758), and submarine Squadron (SUBRON) 8, and, as Commander, on the 5,700-ton nuclear-powered USS Honolulu (SSN 718) with a crew of 110.

Among Haney’s fleet command assignments were SUNRON-1 (June 2002 to July 2004) and Submarine Group 2 (October 2006 to March 2008). His land assignments included administrative assistant for enlisted affairs at Naval Reactors (Naval Nuclear Propulsion Program located at the Washington Navy Yard); Congressional Appropriations Liaison Officer for the Office of the Secretary of Defense (Comptroller); Deputy Chief of Staff of Plans, Policy and Requirements, United States Pacific Fleet; Director of the Submarine Warfare Division; and Director of the Naval Warfare Integration Group. Between his varied land assignments and sea tours he acquired master’s degrees in engineering acoustics and system technology at the Naval Postgraduate School located in Monterey, California, and in national security strategy at the National Defense University in Washington, D.C.

From January 20, 2012 until October 16, 2013 Haney was Commander of the United States Pacific Fleet (The Third Fleet) headquartered in San Diego, California, consisting of approximately 200 ships, 1,100 aircraft, and employing more than 130,000 sailors and civilians. His major responsibility for the next three years was as Commander of the United States Strategic Command.

Some of the many recognitions Admiral Haney earned before his retirement in 2016 included  the Defense Distinguished Service Medal, Legion of Merit, Navy Expeditionary Medal, Global War on Terrorism Service Medal, the Navy Arctic Service Ribbon, and the Vice Admiral James Bond Stockdale Leadership Award. He and his wife, Bonny Haney, have a daughter, Elizabeth, and two sons, Joey and Thomas.