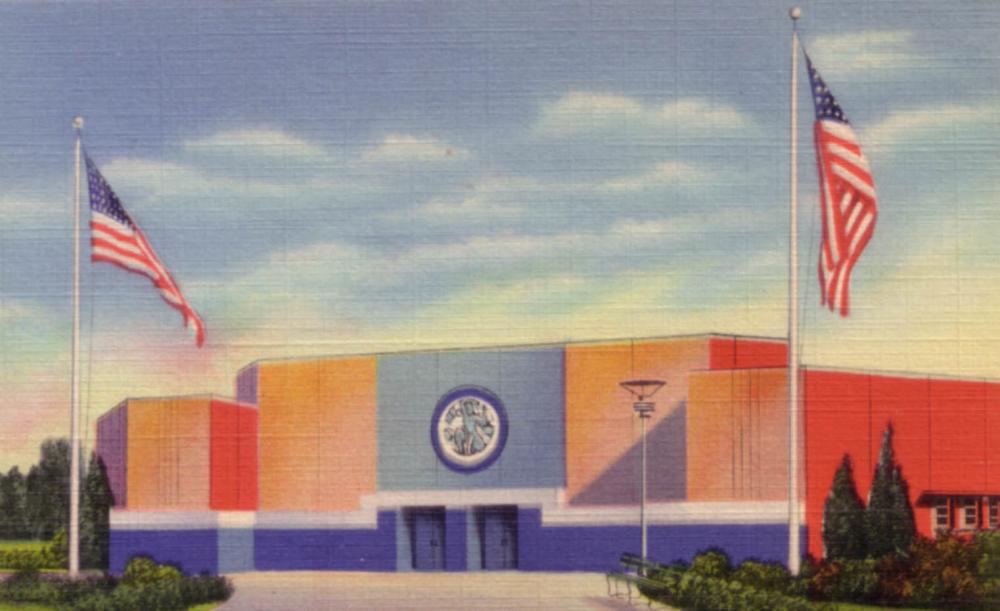 The Hall of Negro Life, the first official recognition of African American achievements by a world’s fair in the United States, was a featured and well-visited part of the Texas Centennial Exposition at Fair Park, Dallas, Texas, in 1936.

Early in the planning stages of the exposition, African American representation was called for by the NAACP, the Dallas Negro Chamber of Commerce, and other black organizations. The United States government funded the construction of the hall, beginning on March 9, 1936. The Cross Construction Company, with plans designed by the architect George L. Dahl, completed the building on June 12. The hall was officially dedicated on June 19, 1936, in honor of Juneteenth celebrations.

The hall was organized by Eugene K. Jones, chair of the federal Negro Advisory Committee. Programs; exhibits were managed by Jesse O. Thomas and Antonio Maceo Smith. Six main exhibits were featured in the building: Business and Industry, Art, Mechanic Arts, Agriculture, Health, and Education. In addition, an outdoor amphitheater and a “Little Harlem,” consisting of a restaurant, dining rooms, and dance pavilion, were also available to visitors.

Just above the entrance to the hall was a great seal, created by sculptor Raoul Josset, showing a figure with broken chains. From there, visitors would have walked past four Aaron Douglas murals, depicting the history of African Americans in Texas. The hall, open daily during the exposition, charged no admission.

In total, Washington, D.C. and thirty-two states, along with dozens of artists and civic leaders, contributed to the Hall of Negro Life. African American art from the Harmon Foundation in New York City, New York, worth around $75,000, was lent to the art exhibition rooms. The music collection featured recordings of blues, jazz, and spirituals, and they were played for audiences on a phonograph, while live music and dramatic performances occurred daily in the amphitheater. The health section displayed charts and pictures attributing the decrease of black mortality rates to better quality of black hospital conditions and sanitation procedures. The agricultural section explained the contribution slaves had made to the cotton industry in the South. There was even an exhibit by George Washington Carver on the advances in the scientific field.

By the end of the Centennial Exposition, it is estimated that over four hundred thousand people visited the hall. It is also estimated that around 60 percent of all visitors to the hall were white. Every visitor received a free copy of W.E.B. DuBois’s What the Negro Has Done for the United States and Texas. In his pamphlet, DuBois proclaimed, “All that is necessary [for enduring prosperity] is justice and freedom and understanding among men.”

The hall and other buildings created for the Texas Centennial Exposition were eventually razed to the ground after celebrations ceased. Today, the African American Museum, Dallas, sits on the same land in Fair Park, Dallas, which once was home to the Hall of Negro Life.