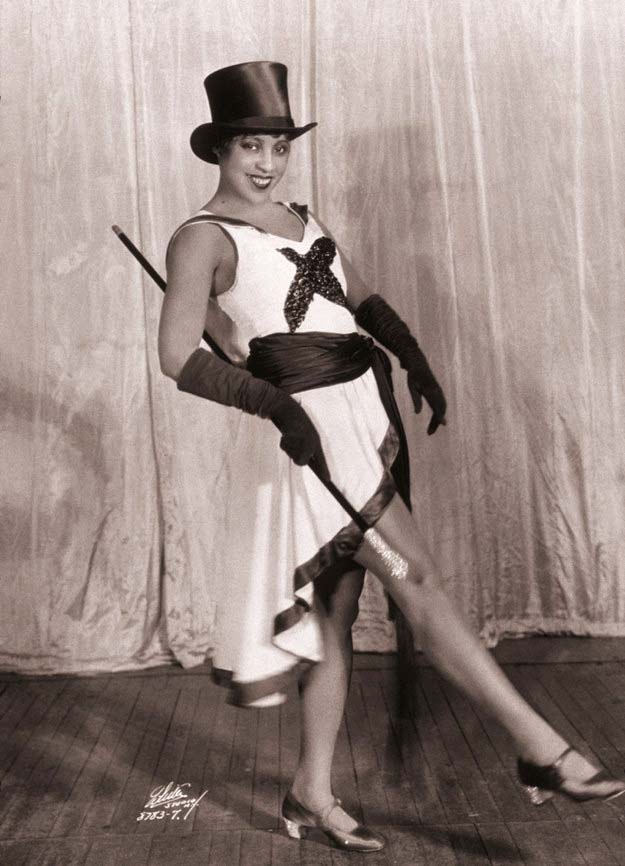 In 2006, Adelaide Hall made Great Britain’s list of the top 100 great black Britons. Hall was born on October 20, 1901 in Brooklyn, New York.  Her father, Arthur Hall was a part-time music teacher and pianist; and her second cousin was famed nineteenth century theatre actress Ada Overton Walker. Hall’s mother, Elizabeth, was a domestic servant. Raised in Harlem, New York with her sister Evelyn, Hall’s family was working class and very religious.  Both Adelaide and her sister Evelyn sang in the church choir.

Inspired by entertainer Maud Mills, sister of Florence Mills, Adelaide and her sister Evelyn started a group they named the Halls Sisters and performed at local functions and for special occasions. Hall’s sister Evelyn died in 1920 at the age of sixteen from complications arising from pneumonia. Hall was devastated by the loss but she was determined to go on, in 1921 she got her big break when she earned a small part in the Broadway musical Shuffle Along (1921).

In 1924 Hall married Bertram Hicks, a native of Trinidad who was raised in Great Britain. Hicks helped her achieve stardom in the U.S. and abroad. In May, 1925 Hall boarded a ship bound for Berlin, Germany to perform in Chocolate Kiddies, a musical which featured African American jazz and dance numbers. The show was an international success and toured in Hamburg, Germany, Vienna, Austria, and Geneva, Switzerland.

Hall replaced Florence Mills in Lew Leslie’s 1928 adaptation of the Blackbirds of 1928 where she quickly became an international star. After her successful tour, Hall headlined musical tours throughout Europe and eventually returned to the U.S. to star in a number of small shows in Harlem and Chicago, Illinois.  America’s poor economy and racism pushed Hall to return to Europe in the mid 1930s. She lived in Paris for a few years before making London her home in 1939. Hall appeared in the London run of Kiss Me Kate and starred on Broadway with Lena Horne in Jamaica in 1957. In 1963, her husband died and her career begin to falter.  She made a brief theatrical comeback in 1984 after her signature song “Creole Love” was performed in Frances Ford Coppola’s hit movie The Cotton Club.