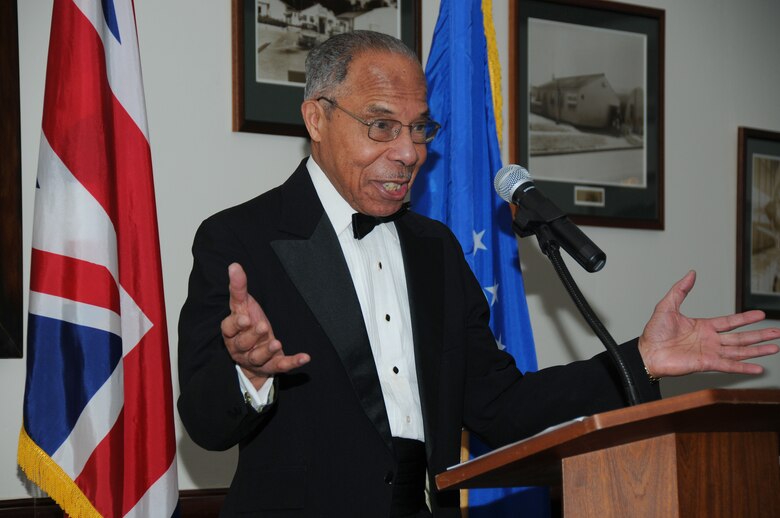 Ambassador George Williford Boyce Haley served as the U.S. ambassador to the Republic of Gambia from 1998 until 2001. Haley was nominated by President Bill Clinton in 1998 and confirmed by the U.S. Senate. He then traveled to Banjul, the capital of Gambia to assume his post as head of the U.S. Embassy.

George Haley was born on August 28, 1925 in Henning, Tennessee. He is the middle son between his younger brother Julius, and older brother Alex Haley, the famed Pulitzer Prize winning author of the 1976 novel Roots: The Saga of an American Family. George Haley was six when he lost his mother and his father, Simon, later remarried. By this point the family had moved to Pine Bluff, Arkansas. Haley however attended Bordentown School in Bordentown, New Jersey for his high school years. In 1943, shortly after his 18th birthday, Haley was drafted into the U.S. Air Corps and spent three years in military service.

Haley attended Morehouse College in Atlanta, Georgia, from 1946 to 1949. During his time at Morehouse College he was a fellow student of civil rights activist Martin Luther King Jr. and future Ebony magazine editor Lerone Bennett. After earning his B.A. degree Haley became in 1952 the second African American to receive a law degree from the University of Arkansas School of Law.

After graduation Haley joined the firm of Stevens Jackson in Kansas City, Kansas, which was already involved in the landmark civil rights case Brown v. the Board of Education. Haley worked with National Association for the Advancement of Colored People (NAACP) chief counsel Thurgood Marshall on the case.  Soon afterward the Supreme Court decision was handed down, he was appointed Deputy City Attorney for Kansas City, a post he held from 1954 to 1964.  In 1964 he was elected to the Kansas State Senate where he served until 1968.

In 1969 Haley relocated to Silver Spring, Maryland to take an appointment as President Richard Nixon’s chief counsel to the Urban Mass Transport Administration.  He remained at the agency until 1973. From 1973 to 1976 Haley served as Equal Employment Opportunity Officer at the United States Information Agency (USIA). Haley, a Republican, left the government service for private practice in 1977 when the new Democratic President, Jimmy Carter, assumed office.

In 1983 President Ronald Reagan named Haley a delegate to the General Conference of United Nations Education, Scientific, and Cultural Organization (UNESCO).  The following year he was a presidentially-appointed delegate to the Second International Conference on Assistance to Refugees in Africa which met in Geneva, Switzerland. In 1987 he was a delegate to the Centennial Celebration of Dakar, Senegal in West Africa, and a member of the Presidential Delegation to the 4th African-American Summit held in Harare, Zimbabwe. Haley was appointed to serve as the chair of the U.S. Postal Rate Commission by President George H. W. Bush in 1989. He held this position until he was nominated by President Bill Clinton to serve as the U.S. Ambassador to the Republic of Gambia in 1998.  Haley retired from public life when his term as ambassador ended in 2001.