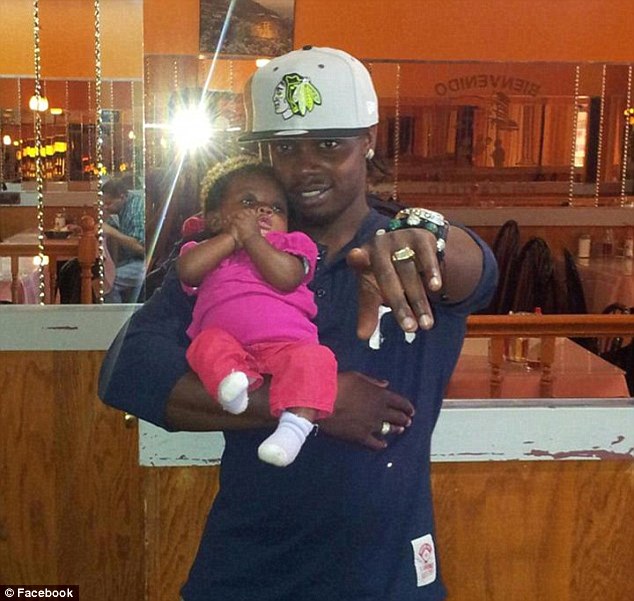 Akai Gurley was tragically and senselessly killed while walking down the stairwell of his apartment building with his girlfriend. His death, like the deaths of Trayvon Martin, Sandra Bland, Tamir Rice, and Michael Brown, helped inspire and propel the Black Lives Matter Movement.

Gurley was 28 years of age at the time of the shooting. He was born in St. Thomas, U.S. Virgin Islands, and moved to New York with his family as a child. On November 20, 2014, Gurley was getting his hair braided by his girlfriend Kimberly Ballinger at the Louis H. Pink Houses in the East New York section of Brooklyn, New York.  The two lived together with their two-year-old daughter, Akaila. Gurley and Ballinger exited the building by way of the stairs since the building elevator was out of service. The lights were also malfunctioning, so the stairwell was dark. Gurley and Ballinger entered the stairwell on the 7th floor, just a floor below Officers Shaun Landau and Peter Liang, who were performing a routine patrol of the building.

As the two officers approached the next stairwell, Officer Liang, a 27-year-old rookie who had just graduated the academy a year before this incident, pulled out his flashlight and unholstered his service firearm, a 9mm Glock. Officer Liang opened the door to the stairwell and was immediately startled by a noise in the stairwell.  He later claimed that the noise caused him to discharge his weapon. The single bullet ricocheted off the wall and struck Gurley in the chest. Startled, Gurley ran down two flights of stairs before realizing he was shot and collapsed on the 5th floor.

Neither officer stopped to perform any life-saving techniques on Gurley. Officer Liang chose to call his union representative while officer Landau called in the situation to the local police station house.  When paramedics arrived, Gurley was pronounced dead at the scene. Both officers Landau and Liang were removed from duty, pending court proceedings. Officer Landau returned to duty but after a Grand Jury indictment, prosecutors ordered the arrest of Officer Liang. Facing up to 15 years in prison for second degree manslaughter, Officer Liang pleaded guilty to manslaughter and was convicted in the shooting of Akai Gurley. He was fired from the NYPD. On April 19, 2016, however, Brooklyn Supreme Court Justice Danny Chun Officer reduced Liang’s sentence to just five years on probation and 800 hours of community service. No charges were filed against officer Landau.  The Gurley family continued to press its lawsuit against the city and was awarded $4.1 million dollars. Additionally, the housing authority paid $400,000 and Officer Liang ordered to pay $25,000 to Ballinger, the mother of Gurley’s daughter.