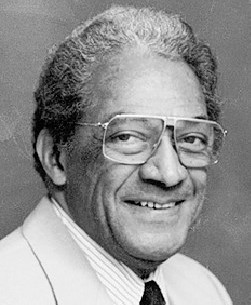 Dr. Edward W. Guinn was the first African American elected to the Fort Worth, Texas, City Council. He served two terms, from 1967 to 1969 and 1969 to 1971. Guinn was born in 1925 in Fort Worth to a prominent African American family. He attended James E. Guinn School, which was named for his grandfather (the first African American Fort Worth native to serve as a principal in the school district), and graduated from I.M. Terrell High School n 1943. He then attended Prairie View A&M College in Prairie View, Texas, and earned his degree in absentia while serving in the armed services during World War II. Guinn received a medical degree from the University of Texas Medical Branch in Galveston in 1956 and trained at Pennsylvania hospitals before returning to Fort Worth his wife, Addie Little whom he married in 1955.  The couple eventually had eight children.

In 1958, Guinn established a general medical practice in the poverty-stricken Stop Six neighborhood in southeast Fort Worth, and for decades served as the only licensed general practitioner in the area. As a community leader from a prominent family, he was urged in 1965 by a group of African American students from Texas Christian University (TCU) to run in the at-large city council elections. As a political novice, Guinn sought advice from TCU professor of government, John Haltom, about city issues, the political power structure of Fort Worth, and how to mobilize support. However, the downtown business establishment, known as the “Good Government League” (GGL), declined to offer Guinn any public or financial support, and he lost the election to future mayor R.M. “Sharkey” Stovall.

In 1967, Guinn chose to run again, and this time gained public backing from the GGL which now sought to guide Fort Worth through the late 1960s without major social or political upheaval.  The League saw support for Guinn as a means to achieve that goal. While he did not get a majority of the votes in the primary election, Guinn won the subsequent runoff on April 24, 1967, by more than 9,500 votes over a white candidate, Tommy Thompson. Shortly thereafter, he was invited by the Lyndon Johnson administration to a state dinner as recognition of his accomplishment.

As a member of the city council, Guinn chaired the city’s Human Relations Commission, which recommended various anti-discrimination city ordinances. It was during his time on the council that an agreement was reached to establish Dallas-Fort Worth International Airport, now one of the largest airports in the country. He spearheaded reform of the city’s emergency medical services (EMS), which had previously been delivered by funeral homes. As a result of these reforms, EMS attendants were required to attend training classes at then-T arrant County Junior College. While on the council, Guinn continued to see patients at his practice five days a week.

Guinn ran unopposed in 1969, but retired after his second term. He returned full time to his medical practice and continued to see patients at the same clinic he founded in 1958 at 5304 Ramey Avenue in Fort Worth.