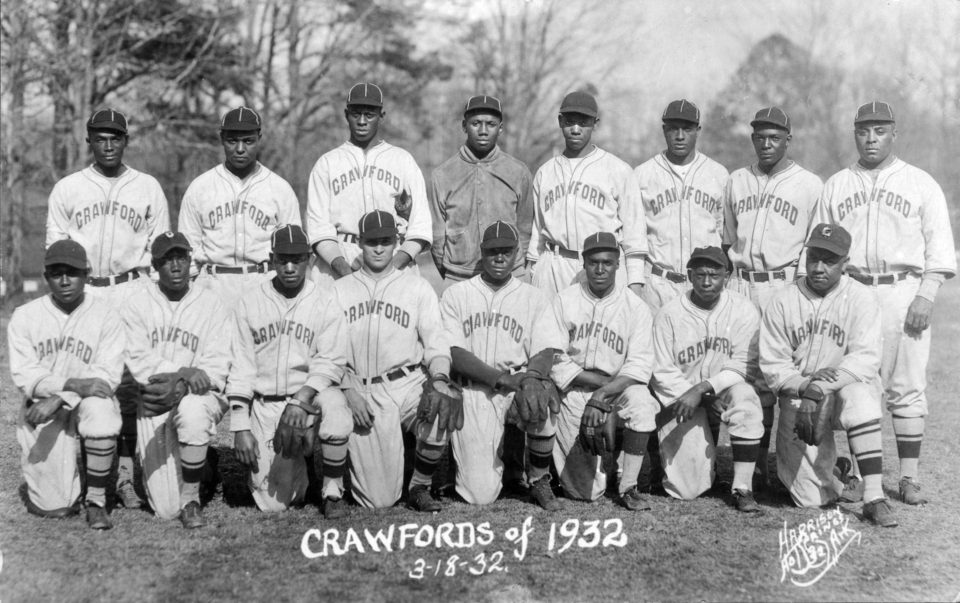 Greenlee signed pitcher Satchel Paige to the team and then hired Oscar Charleston as player-manager. He then signed Josh Gibson, Judy Johnson, and Cool Papa Bell, all now listed in the National Baseball Hall of Fame and all considered by many to be among the best players in the Negro Leagues. Other notable players such as Jimmie Crutchfield, William Bell, Sam Bankhead, Jud Wilson, Rap Dixon, and Ted “Double Duty” Radcliffe filled out the roster which allowed the team to quickly establish itself as one of the best black baseball teams in the United States. The team played in Pittsburgh’s new Greenlee Field, the first Black-built and Black-owned Major League Baseball field in the United States. The stadium could hold 7,500 people. Greenlee also founded a new Negro National League in 1933, and although the team had the best record of the season, they did not win the pennant in 1934. That honor went to the Philadelphia Stars.

Between 1932 and 1936, the Pittsburgh Crawfords were known as the “Yankees of the Negro League”. Satchell Paige left during the team’s second season, and was replaced by Leroy Matlock, a lefty. In 1935, the Crawfords won their first NNL pennant, and were awarded the pennant again in 1936 amid protests of the opposing team winning the series 2-0. The Crawfords played in the Dominican Republic in 1937 with dictator Raphael Trujillo’s team, and plunged to fifth place in a poorly played season. Paige, Gibson, and Bell all moved on to other teams, forcing Greenlee to sell the club, and moved the team to Toledo, becoming the Toledo Crawfords for the 1939 season.