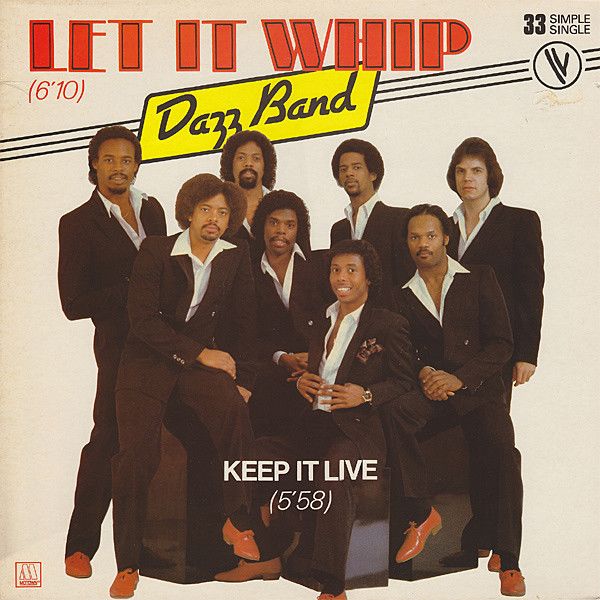 The Dazz Band, which scored more than 20 hits on Billboard’s rhythm and blues and pop charts, was founded in 1976 in Cleveland, Ohio. It was led by clarinet player, saxophonist and vocalist Bobby Harris and included Kenny Pettus (lead vocalist, percussion), Isaac “Ike” Wiley Jr. (drums), his brother Michael Wiley (bassist), and Michael Calhoun (lyricist/guitarist). They were initially named Kinsman Dazz after Sonny Jones’ Kinsman Grill Lounge in Cleveland, where they worked as the house band.

In 1977, Kinsman Dazz was signed to 20th Century Records, and the ensemble added Ed Meyers (trombone), Wayne Preston (saxophonist), and Les Thaler (trumpet). They then moved to Los Angeles, California, to record with singer/producer Marvin Gaye. In 1980 the ensemble dropped “Kinsman” from its name and called themselves The Dazz Band after signing with Motown Records. Their first single with Motown, “Catchin’ Up on Love,” was released later that year and peaked at no. 33 on the Billboard R&B chart. It remained on the chart for 14 weeks.

The Dazz Band’s first Motown album Invitation to Love was also released in 1980 followed in 1981 by the album, Let the Music Play. The hit single from that album, “Knock! Knock!” peaked at no. 44 on the U.S. Billboard Hot 100 chart. In 1982 they released what would be their greatest hit, “Let It Whip,” from their third album Keep it Alive. The song reached no.1 on the U.S. Billboard R&B chart, no. 2 on the Dance chart, and peaked at no. 5 on the Billboard Hot 100. It remained charted for five weeks and sold more than 500,000 records. In addition, the hit led to the Dazz Band winning its first Grammy for “Best R&B Performance by a Duo or Group with Vocals” in 1983. They were the first R&B group from Cleveland to win a Grammy.

In 1988, The Dazz Band left Motown and signed a contract with RCA Records. They charted three singles from their Rock the Room album on the R&B chart: “Single Girls” reached no. 19, “Anticipation” peaked at no. 38, and “Open Sesame” reached no. 83.

In 2021, The Dazz Band released their first single in 33 years, “Drop It,” on the Bogi Music Group label. They then released “Soul Jam (EP)” which reached no. 14 on Billboard Hot R&B/Hip Hop Songs and remained there for seven weeks. As of 2021, the group continues to record and perform, marking 45 years as active entertainers.