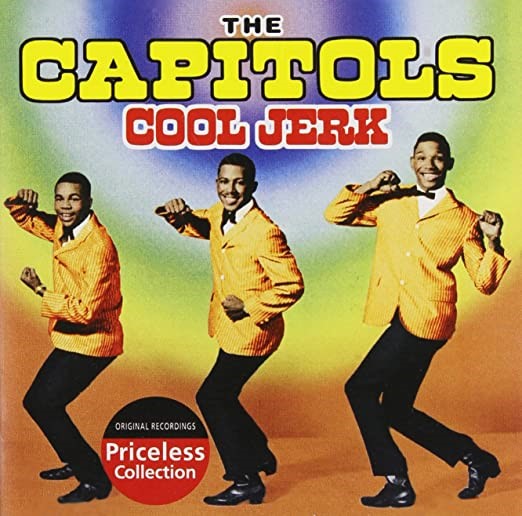 The Capitols, an R&B doo-wop trio, originally known as the Three Caps, was formed in Detroit, Michigan in 1962 with a lineup that included principal vocalist and percussionist Samuel George Jr. (born January 23, 1942), guitarist/percussionist Don Storball, whose birth name was Don Norman and whose birthdate is unknown, pianist/vocalist Richard Mitchell, who was born Richard Mitchell McDougall, and whose birthdate is unknown. They were later joined by vocalist/lyricist Ralph Julius Jones.

All of the singer/ musicians were born and reared in Detroit. The group primarily recorded dance-themed songs in the Detroit area. After opening at a local dance club for legendary R&B singer and lyricist Barbara Ann Lewis, Ollie McLaughlin, a Detroit producer, disc jockey, and owner of Karen Records, heard and them signed them on his label. In 1963 their debut single, “Dog and Cat/The Kick” was released. It was not a commercial success.

The group struggled for the next three years and then in 1966 they released the top ten hit, “Cool Jerk.” The song composed by Don Storball and recorded at Golden World Studios in Detroit with the legendary Motown house band, The Funk Brothers, became their biggest hit. It was the lead single from their first album, Dance the Cool Jerk and peaked at no. 2 on the Billboard R&B and no. 7 on the Billboard Hot 100 Chart.

In 1969, The Capitols disbanded, and its members embarked upon new careers. Samuel George Jr died from stab wounds in Detroit following a domestic dispute on March 17, 1982 at the age of 40; Richard Mitchell McDougall died on February 19, 1984 in Detroit and Ralph Julius Jones died of lung cancer on January 1, 2007 Detroit. Don Storball retired from the Highland Park (a Detroit suburb) police force.