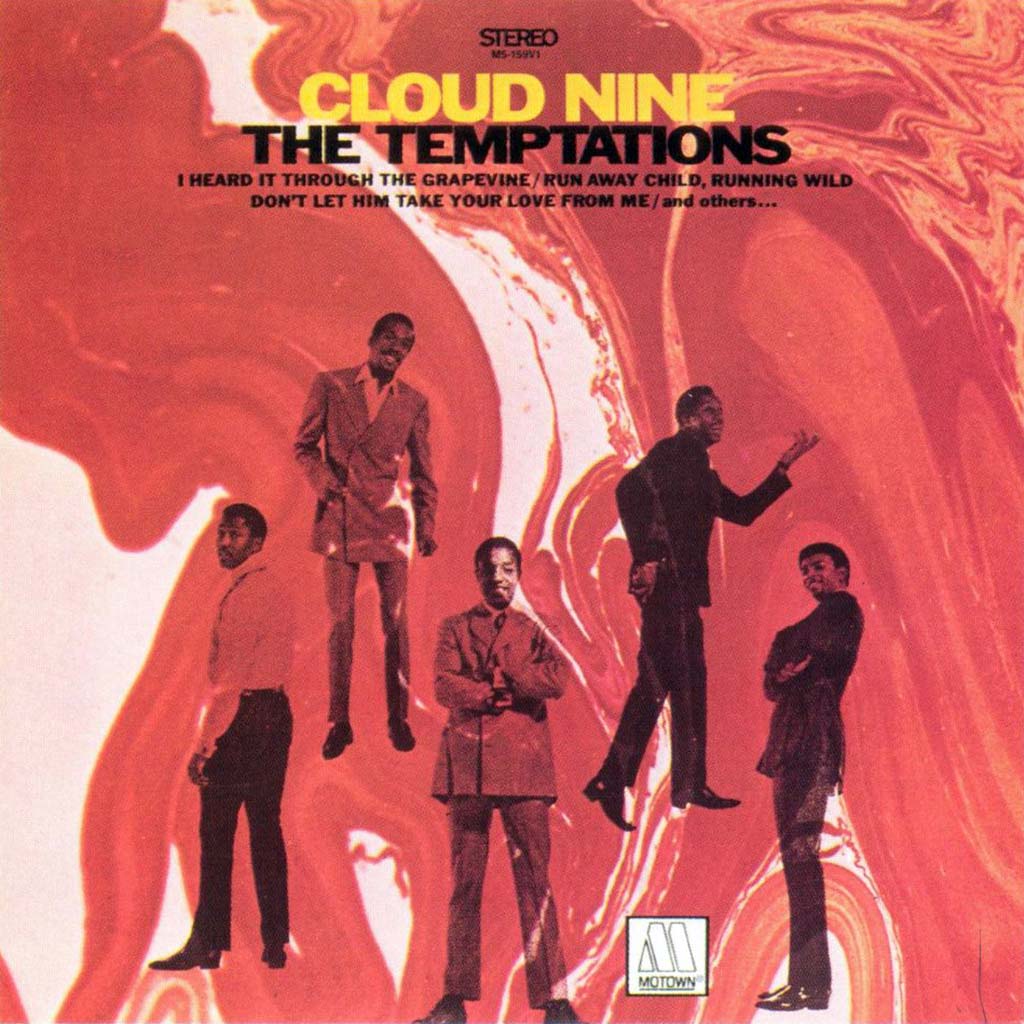 Cloud Nine (Gordy/Motown, 1969) by The Temptations
Fair Use Image

Formed in 1960, The Temptations were an American vocal group widely recognized for their blended harmonies and detailed choreography. As one of the most popular performers of soul music in the 1960s and 1970s, the Temptations recorded almost exclusively for Motown Records. Although the group went through personnel changes over the years, at the height of their popularity, the key members of the group were Otis Williams, Paul Williams, Melvin Franklin, Eddie Kendricks, David Ruffin, and Dennis Edwards.

Signed to Motown in 1961, the Temptations, originally called the Elgins, were formed from the synthesis of two vocal groups based in Detroit, the Primes and the Distants.

Robinson eventually stepped aside as principal songwriter, as the Temptations began to work consistently with writer-producer Norman Whitfield. Ruffin would then emerge as the lead vocalist on a string of hits, including “Ain’t Too Proud to Beg” and “I Wish It Would Rain,” before the group fired him in 1968 for drug use and multiple missed engagements. At that time, soul music was giving way to the more popular sound of funk, and the group shifted to more socially-conscious material through this sound. Whitfield evolved the recording process accordingly by pushing the bass high in the mix and adding full-bodied orchestral arrangements.

The mid-1970s brought a season of transition for the Temptations, who changed personnel frequently and produced fewer hits. After Ruffin’s departure, Kendricks was the next member of the group to leave to pursue a solo career in 1971, and Paul Williams’s failing health from excessive drinking forced his resignation from the group later that same year.

After Williams’s death, two years after his departure from the group, the Temptations entered a slow period of output. Top notch producers were less and less available, and the group left Motown in 1976 and were picked up by Atlantic Records for a short stint of releases including “Hear to Tempt You” (1977), and “Bare Back” (1978). These releases failed to achieve any better success than their last singles had at Motown. These failures at Atlantic led to their departure from the label in 1979.  They met once again with Smokey Robinson and Berry Gordy, who re-signed the group to Motown in 1980.

With hits like “Treat Her Like a Lady,” and with support from Motown, The Temptations reclaimed their status as hitmakers during the 1980s. Their hits continued through the 1990s with the single “Stay,” which fit the mold of the neo-soul revival period. They continued performing and recording into the 21st century and were inducted into the Rock and Roll Hall of Fame in 1989. A lifetime achievement award from the Recording Academy followed in 2013.