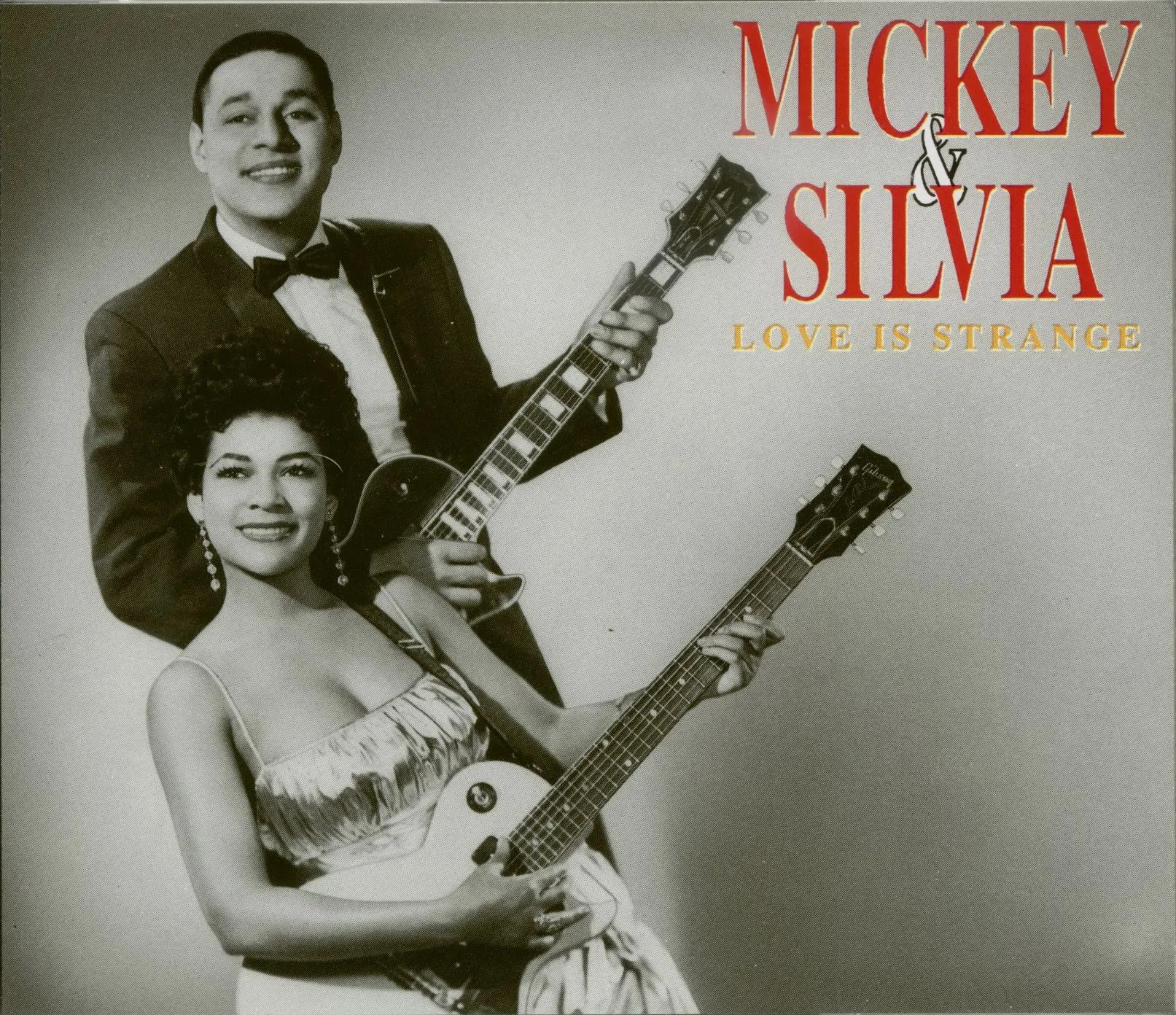 Mickey and Sylvia were a popular R&B duo in the 1950s known for their hit song “Love is Strange.” In 1957, the single topped the R&B chart at No.11 and sold over one million copies. It was awarded a gold disc by the Recording Industry Association of America (RIAA).

MacHouston “Mickey” Baker was born. Oct. 14, 1925, in Louisville, Kentucky. His mother was twelve years old when he was born in a brothel run by his grandmother. His father who played piano in the brothel, was of Scot Irish heritage. After his mother was sent to prison when he was 11, Baker rode the rails. He first picked up the guitar at the age of 20.

Singer/ songwriter Sylvia Vanterpool was born March 26, 1936, in Harlem, New York. Her parents were from St. Thomas, Virgin Islands. As a teenager, she was known as “Little” Sylvia and between 1951 and 1953, she recorded a string of minor R&B singles on the Savoy & Jubilee label. Mickey and Sylvia met when he was her music instructor. He taught Sylvia who was a student in his guitar class.

During the 1950s guitarists Les Paul and Mary Ford, a popular husband and wife duo, inspired Mickey and Sylvia, as they were now called when they recorded their first R&B single “Fine Love” on the Cal Record label in 1954. Mickey and Sylvia recorded three other singles, “I’m So Glad” and “Rise Sally Rise” in 1955, and “Where is My Honey” in 1956 for Rainbow Records.

In 1959, Sylvia married Joseph Robinson and soon afterwards she and Mickey recorded “Love is Strange,” which was first performed by Bo Diddley. They received his permission to rearrange the composition and released it. The duo disbanded in 1958 after recording two other singles, “Ought to be a Law” and “Dearest” in 1957 for Vik Records.

When Sylvia left to pursue a solo career, she was replaced by Kitty Noble. Mickey and Kitty released three records on the Atlantic label in 1959 in addition to Baker’s solo album, The Wildest Guitar. In 1960, Baker moved to France and became a session musician working with French recording artists. He died at his home near Toulouse, France in 2012 at age 87.

The song, “Love is Strange” was covered by various artists including The Everly Brothers, Buddy Holly, and Peaches and Herb, and was featured on the soundtracks of the films, Dirty Dancing, Badlands, and Casino.

In 1968 Sylvia and her husband Joe co-founded All Platinum Records. Sylvia released “Pillow Talk” in 1973 which reached No. 3 on the Hot 100 pop chart. In 1979, at age 43, Sylvia Robinson, singer, songwriten,r and producer, brought together three young rappers to produce the Sugarhill Gang’s “Rappers Delight” released in 1979. It reached No. 37 on the R&B chart and helped usher in the hip-hop era. With her husband, they founded Sugar Hill Record studios. Because of her astute ability to capitalize on the growing music trend, she became known as “the Queen of Hip-Hop” by those in the industry.

Sylvia and Joe Robinson had three sons, Joe junior, Leland, and Rhondo. Sylvia died in 2011 in New York City at the age of 76.