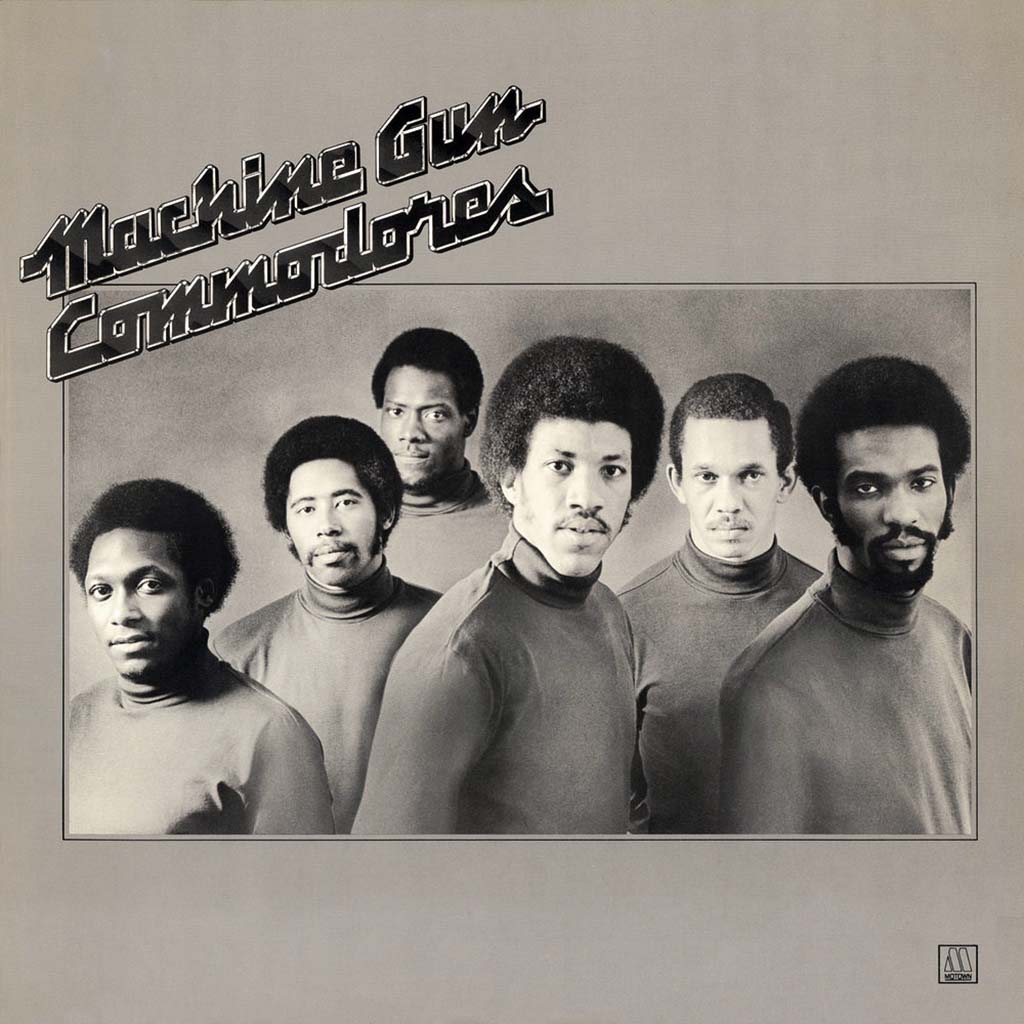 The Commodores were a rhythm and blues/ funk group popular throughout the 1970s and 1980s and one of the most successful acts signed to Motown records. They produced numerous chart-topping and award-winning records. Lionel Richie, their lead vocalist, attained superstardom after leaving to pursue a solo career.

Upon achieving popularity throughout Alabama, the Commodores traveled to New York in 1969 to play at Small’s Paradise nightclub. Initially turned away by the owner, they were called back to play after a cancellation. Performing before a standing room-only audience (which they later admitted was made up mostly of friends and family) led the owner to book them for two more weeks.

By 1971 the Commodores were the openers for the Jackson 5 which brought them a record deal with Motown Records the following year.  In 1974 they released their first three hits, “Machine Gun,” “I Feel Sanctified,” and the number-one hit “Slippery When Wet.” In 1975 they joined the Rolling Stones on their U.S. tour and in 1976 they released two more number one hits, “Just To Be Close To You” and “Easy,” followed by the Top Ten hit “Brickhouse” and “Too Hot ta Trot” (1977), and “Three Times a Lady” (1978).  That single earned the group an American Music Award and became the biggest-selling record produced by Motown.

In 1979 the Commodores released the country-style Top 5 hit “Sail On,” that led to other artists to request that Richie write music for them.  Ritchie, for example, wrote and produced Kenny Rogers’s number one hit “Lady” in 1980.   In 1979 the Commodores released “Still,” their last number one hit with Richie in the band. By that point the Commodores were the best-selling Motown act of the 1970s.  In 1981 Richie recorded the number one single, “Endless Love” with Diana Ross, and left the Commodores by year’s end to pursue a solo career. Richie rose to superstardom as one of the most successful male soloists of the 1980s. In 1985 he co-wrote the charity hit “We Are The World” with Michael Jackson.

J.D. Nicholas, previously of the group Heatwave, became their new lead vocalist and in 1985 the group released their Grammy Award-winning Nightshift. In 1986 they released their last Top Ten hit, “Goin’ to the Bank” on the Polydor Label.  In 1988 the group made a surprise appearance on UK charts with “Easy” after the song was used in a commercial. Motown, which owned the song, released it later that year as part of an album of the same name. “Easy” was the group’s last chart hit. During the 1990s the Commodores shrank to a trio of Orange, King, and Nicholas. They continue to tour and run their record label company, Commodores Records & Entertainment, through which they began releasing greatest hits albums in 1992.