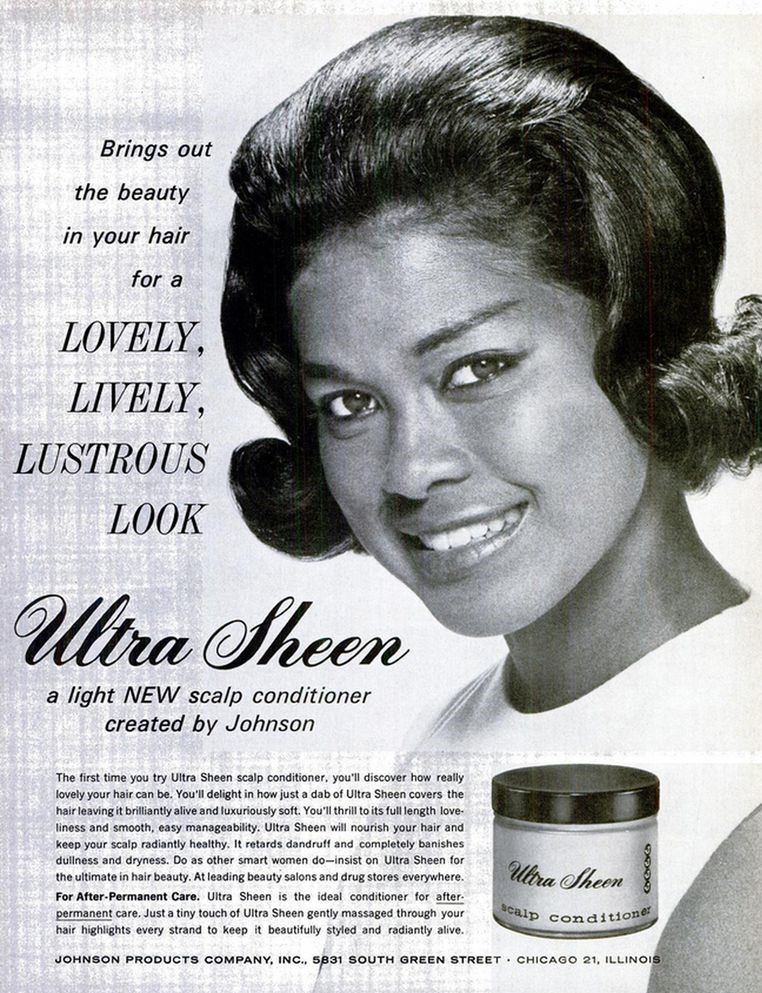 During a period in history when little attention was paid to Black consumers, husband and wife George and Joan Johnson co-founded the Johnson Products Co. in Chicago, Illinois, to cater specifically to Black consumers. The Johnsons founded the company with just $254 in 1954. While the Johnsons’ amazing success story sounds like the quintessential American dream, it was not without its challenges. George Johnson first applied for a $250 business loan at a local Chicago bank but was turned down. Determined to make his dream a reality, he went to a different branch three days later and once again requested a $250 loan. This time, however, Johnson said the reason for the loan was to take his family on a vacation to California and his loan was approved.

Their first product was a relaxer, called Ultra Sheen. George Johnson developed Ultra Sheen while working for S.B. Fuller, another Black-owned cosmetics company he had worked for beginning in 1944. Later Johnson Products offerings were expanded to such products as Ultra Sheen conditioner. In just six short years, by 1960, the company was dominating nearly 80% of the Black Hair care market in the United States. By 1971, Johnson Products Co. reached an annual $12.6 million in yearly sales. The following year, the company became the first Black-owned company to be listed on a U.S. stock exchange, the American Stock Exchange (AMEX).

Johnson Products endured many changes and challenges over the years, including a 1976 federal trade commission mandate which ordered the company to clearly label the packaging of products containing lye as possibly causing adverse reactions like burns and eye damage if used improperly. The company also struggled against competition from larger, non-Black-owned companies like Revlon, which was beginning to compete in the lucrative Black hair care business. Also, general changes in African American hair styling, such as embracing the natural texture and look of Black hair in the late 1960s with the rise of Black Power consciousness, also forced the company to adapt. The rise of the Afro hairstyle, for example, caused the company to develop the Afro Sheen Blow Out Kit in the late 1960s.

One of the biggest challenges the company faced came in 1989 when George and Joan Johnson divorced. As a result of the divorce, Joan, who had served as the company’s treasurer and been active in running it (although George had served as the face of the company), was awarded control of Johnson Products Co. In 1993, their son, Eric, who had served as president and chief executive of the company, stepped down. That same year, Joan sold the company to the Ivax Co., which produced skin-care products aimed at Black consumers, although it was not Black owned. In March of 2009, Johnson Products Co. was purchased by an African American investment firm, which reestablished its position as a Black-owned company.