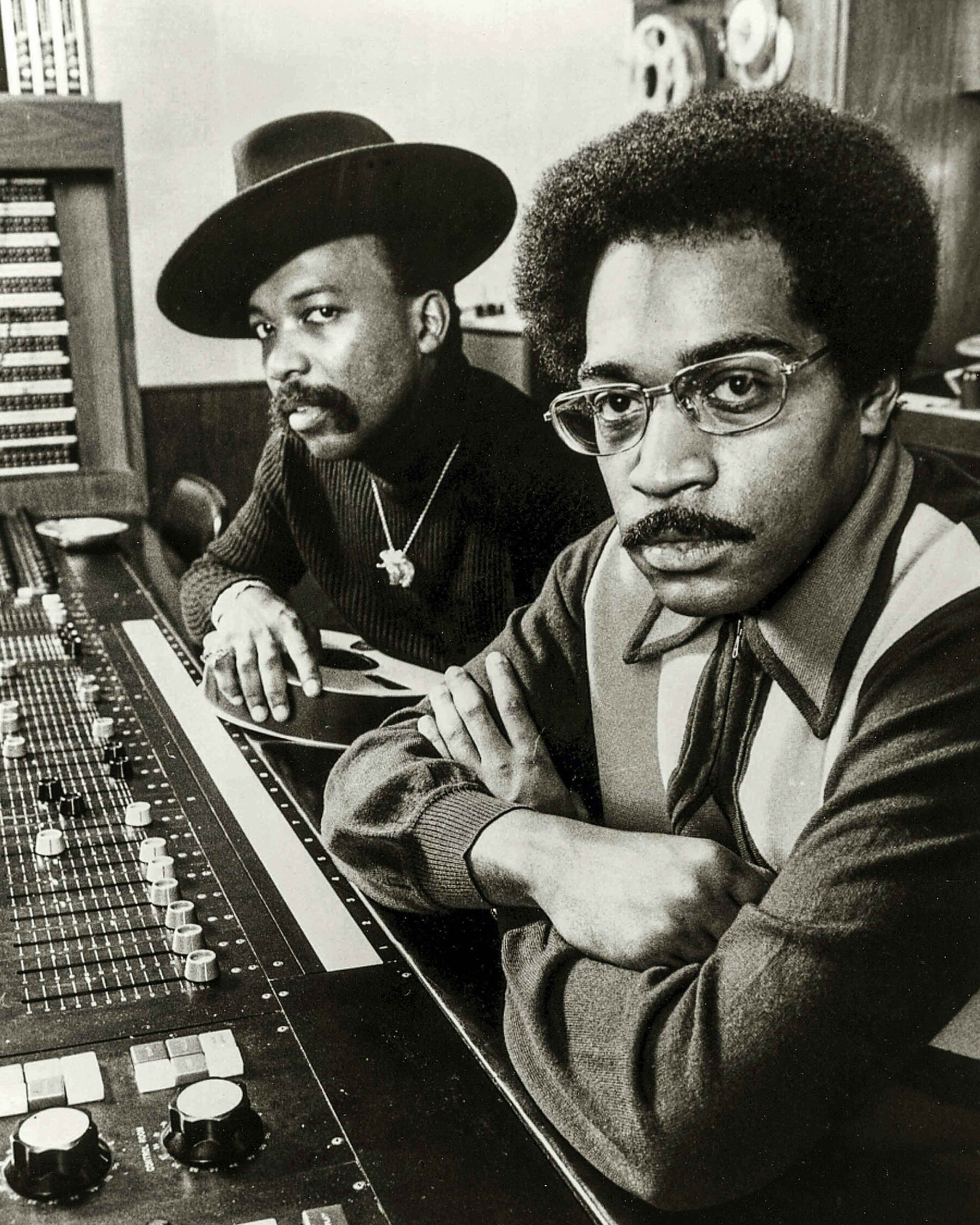 The Philadelphia Sound was created by Kenneth (Kenny) Gamble and Leon A. Huff. Gamble, a composer, lyricist, and vocalist, was born on August 11, 1943, in Philadelphia, Pennsylvania. Huff, a pianist, composer, vocalist, and percussionist, was born in the neighboring city of Camden, New Jersey on April 8, 1942. The two met in the 1950s when they both performed in Philadelphia R&B group called the Romeos.

Gamble and Huff wrote their first top 5 hit, “Expressway to Your Heart,” in 1967. The song was performed by the Soul Survivors. A year later, 1968, Gamble founded the Gamble Records label which produced “Cowboys to Girls,” by the Intruders. The song peaked at no. 1 on the Billboard R&B chart, and no. 6 on the Billboard Hot 100 chart. In 1971, however, Gamble and Huff formed a partnership that established the Philadelphia International Records label which in turn created what would be known as the Philadelphia Sound.

Over their 17-year career, this duo has composed more than 3,500 songs including 50 top R&B hit singles. Their compositions received 75 gold (500,000 copies sold), platinum (one million copies sold), and multi-platinum (two million or more) certifications. They worked with numerous artists including Harold Melvin and the Blue Notes, the Intruders, McFadden & Whitehead, Jerry Butler, Phyllis Hyman, Archie Bell and The Drells, Dusty Springfield, Billy Paul, Wilson Pickett, Joe Simon, Labelle, the Spinners, and the Jacksons (after Michael Jackson left the Jackson 5). Their work included Jerry Butler’s “Only the Strong Survive” (1969) which peaked at no. 33 on the US Billboard Hot 100 and “For the Love Of Money” performed by the O’Jays, which peaked at no. 3 on the U.S. Billboard R&B chart in 1973.

In 1973 Gamble and Huff were commissioned by Soul Train host, Don Cornelius to compose a new theme song for the show. Working with the label’s 30-member house band called MFSB (Mother, Father, Sister, Brother), they created T.S.O.P. (The Sound of Philadelphia)” which sold over a million records. The following year (1974) that theme song won “Best R&B Instrumental Performance” at the 17th Annual Grammy Award. In 1975, Don’t Leave Me This Way” performed by Thelma Houston, peaked at no. 3 on the Billboard Disco charts and then returned to the charts in 1979 where it became an international hit, rising to no. 5 on the UK chart and no. 13 in Sweden. Their last album was Keep it Coming by the Jones Girls in 1984.

In 1990 at the 32nd Annual Grammy Awards, Gamble and Huff won a Grammy Award for “Best Rhythm & Blues Song,” for Simply Red’s cover of the single “If You Don’t Know Me By Now” which they originally wrote for Harold Melvin and the Blue Notes in 1971. In 1999, they received the Grammy Trustees Award for their overall contribution to the music industry and in 2005 they were inducted into the Dance Music Hall of Fame for their outstanding achievements as producers. In 2008, Kenneth Gamble and Leon A. Huff were inducted into the Rock and Roll Hall of Fame in the non-performer category. Two years later, in 2010, the duo gave the commencement address at Berklee College of Music in Boston, Massachusetts, and afterward, both received Honorary Doctor of Music Degrees from that institution.