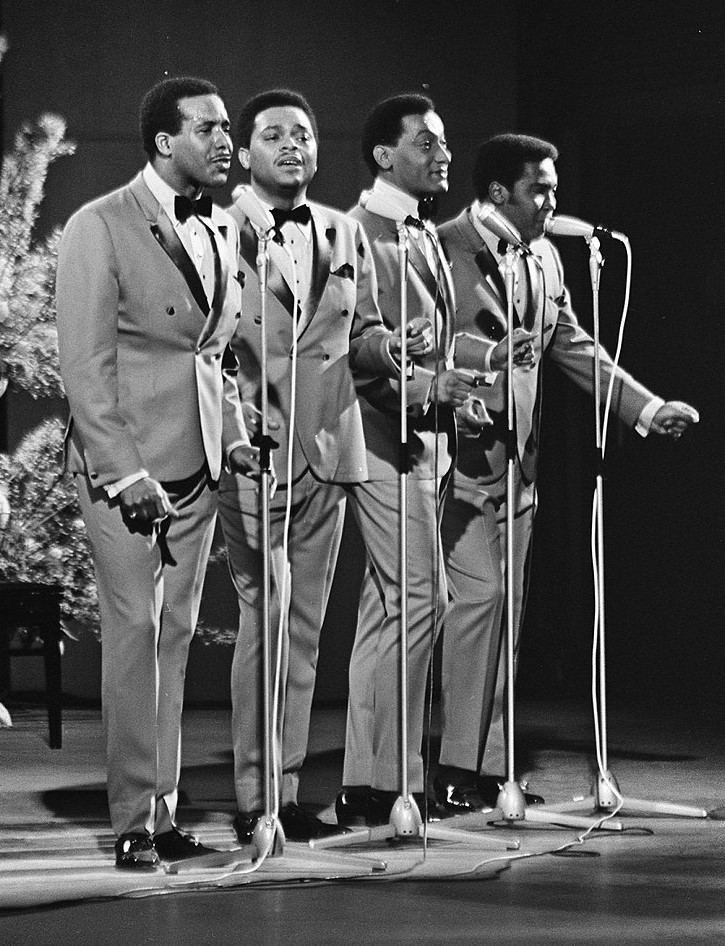 The Four Tops were a vocal quartet from Detroit, Michigan, composed of Levi Stubbs, Abdul “Duke” Fakir, Renaldo “Obie” Benson, and Lawrence Payton, who were instrumental in defining Motown’s distinct sound during the 1960s. The quartet was one of the longest-lived lineups of the era; they went over 40 years without a personnel change.

The group was born in 1953, when Stubbs and Fakir met Benson and Payton while they were all still in high school. The four put on an impromptu concert, and immediately recognized the musical chemistry they shared. They began rehearsing together under the moniker The Four Aims, and Payton’s cousin Roquel Davis got them an audition for Chess Records in 1956. Chess picked up the band and changed their name to The Four Tops.

After seven years of repeated flops and multiple label changes, the Tops in 1963 signed with Berry Gordy’s Motown label. Gordy paired The Four Tops with the Holland-Dozier-Holland songwriting team and in 1964 they released “Baby I Need Your Loving,” which charted at No. 11 on the Pop charts that year.  In 1965, they released “Ask the Lonely” which peaked at No. 24. Later that year they had their first crossover hit, “I Can’t Help Myself” which hit No. 1 on both the Pop and R&B charts. Their third release in 1965, “(It’s the) Same Old Song” reached No. 5 on the Pop charts.

The next year, they released “Shake Me, Wake Me (When It’s Over),” which took No. 5 on the R&B charts and made the Pop Top 20.  Later in 1966 their second crossover hit, “Reach Out, I’ll Be There,” reached No. 1 on the Pop and R&B charts and remained on the charts for nearly four months.

In 1967 they had four top 20 pop hits, “Standing in the Shadows of Love,” “Bernadette,” which reached No 4, the highest rank of the four, “7-Rooms of Gloom,” and “You Keep Running Away.”  By the end of 1967, Holland-Dozier-Holland, the songwriting team which wrote all of the Four Tops hits since 1964, left Motown and the Tops struggled to match their previous success.

The Tops would remain with Motown for another five years until 1972 but released only two hits, “Still Water” (No. 4 R&B) and “It’s All in the Game” (No. 6 R&B) in 1970. They collaborated with the Supremes, releasing three albums and the hit single “River Deep–Mountain High” in 1971 which peaked at No. 14 on the Pop chart and no. 7 on the R&B chart.

Nonetheless, the Four Tops continued to tour, playing over 100 shows a year and even did a stint on Broadway with the Temptations. They were inducted into the Rock & Roll Hall of Fame in 1990. Lawrence Payton died in 1997 but the Tops continued touring as a trio; Renaldo Benson’s death in 2005, however, effectively ended the group. In 2008, lead singer Levi Stubbs, passed away as well.