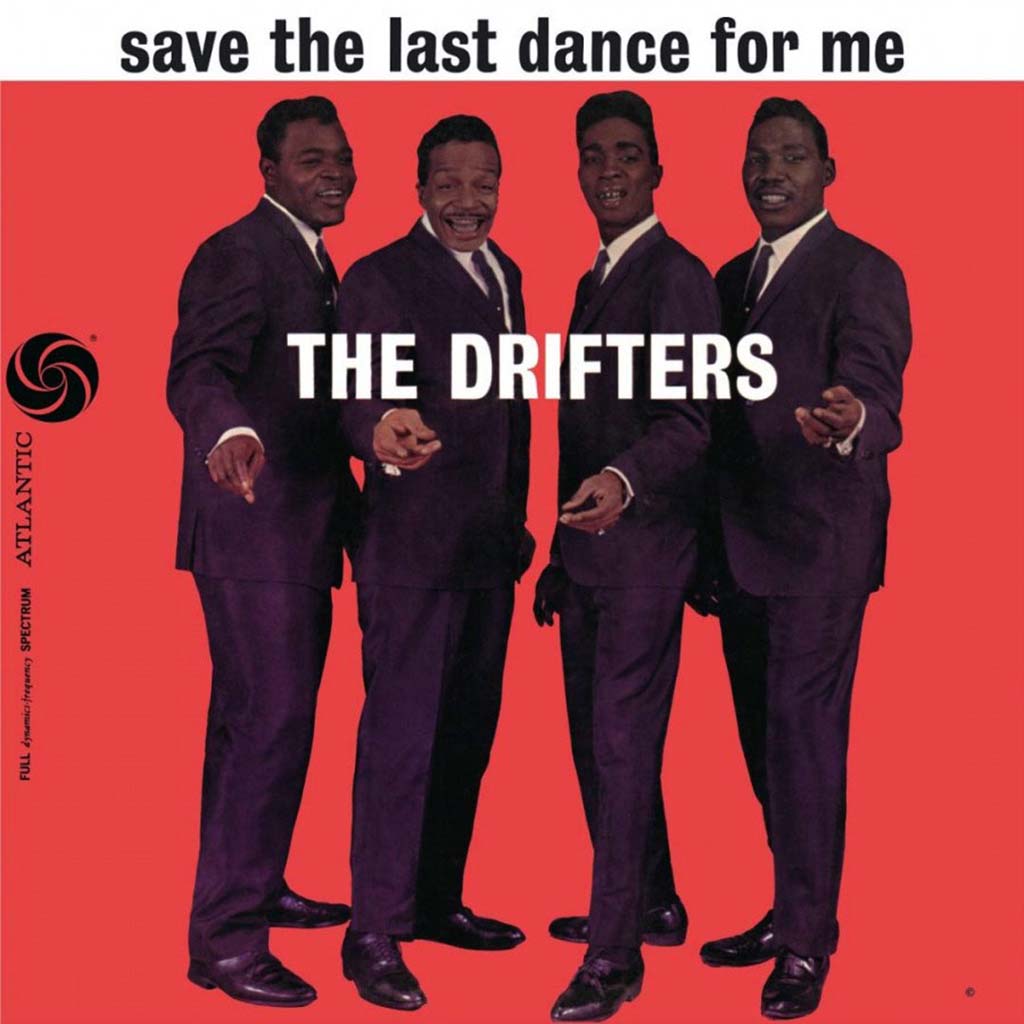 Save The Last Dance For Me (Atlantic, 1960) by The Drifters
Fair Use Image

The Drifters were formed in 1953 to serve as backing for Clyde McPhatter. Over 65 years and several eras of Drifters, there have been 60 different vocalists including several splinter groups called the Drifters.  The “original” group consisted of Clyde McPhatter, Gerhart Thrasher, Andrew Thrasher, Bill Pickney, and Jimmy Oliver. The group recorded its first major hit “Money Honey” in September 1953 but while they had success behind McPhatter, personnel constantly shifted. The hit “What’cha Gonna Do” was released a year later in 1955 after McPhatter was drafted. This was his last recording as a Drifter.

McPhatter was replaced by David Baughan, a part-time member of the band who frequently sang in McPhatter’s place but his erratic behavior upset record executives. Johnny Moore, the longest-lasting of the group’s lead singers, took over for Baughan in 1955 and had a couple of hits before being drafted in 1957.

In 1958, George Treadwell, owner of the name The Drifters, passed it to the Five Crowns and their lead singer, Ben E. King because he was dissatisfied with the original group’s performances. The new Drifters incorporated orchestra, Latin rhythms, and powerful vocals to create R&B hits like “Save the Last Dance for Me” in 1960 and “I Count the Tears” in 1961. The band sometimes encountered hostility on tour because they were not the original members, prompting King to leave the band for a solo career shortly after “Save the Last Dance for Me.” Johnny Lee Williams then became the lead vocalist for a few songs and shows before leaving the group and being replaced by Rudy Lewis who led the Drifters for their hit song “On Broadway” in 1963, which reached number 5 on pop chart and number 4 on R&B chart.

On May 21, 1964 the band was all set to record “Under the Boardwalk,” which would be one of its most successful singles, but Rudy Lewis passed away the day before.  Johnny Moore, recently returned from military service and a failed career as a solo artist, rejoined the group and became sole lead vocalist for the song. In 1967, the final member of the Five Crowns, Charlie Thomas, left and was replaced.

In 1972, the Drifters left the Atlantic Records label and moved to England where they became the Drifters UK Limited.  They continued, however, to cycle through vocalists as frequently as the band had in the 1950s and 1960s.  In 1979 Johnny Moore once again made an appearance as lead vocalist as did former Temptations lead Louis Price. Ben E. King and Bill Fredricks returned in 1982. On December 30, 1998, the group’s most consistent member, Johnny Moore, passed away. Band members Bill Pinkney, Charlie Thomas, and Moore (posthumously) received the Pioneer Award from the Rhythm and Blues Foundation in 1999.

The Drifters continued to perform and built a following in England. In 2007 they performed at Prime Minister Tony Blair’s Farewell Party in London. In 2009, they performed at the London IndigoO2 Arena.  Three years later in 2012, Lifetime Achievement Awards were presented to Joe Blunt and Butch Leake from Sony Music and later that year Gold discs were awarded to Blunt, Leake, and Clyde Brown.