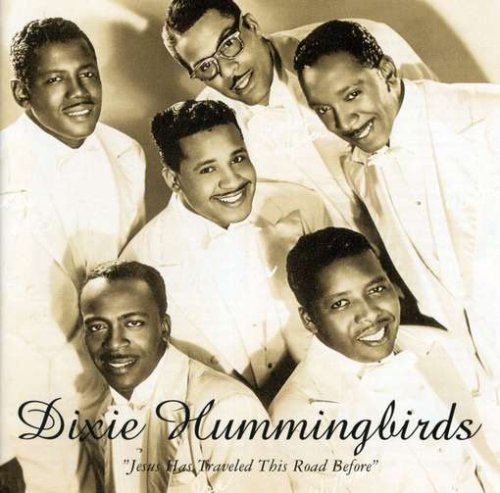 The Dixie Hummingbirds, a gospel music group, was formed in 1928 in Greenville, South Carolina, by lyricist/vocalist/guitarist James B. Davis, (born June 6, 1916, in Greenville), when he was 12. He was assisted by Barney Parks (born August 17, 1916) and Claude A. Jeter (born October 26, 1914). They assembled initially as the Sterling High School Quartet in Greenville. However, in 1929 the current name was selected. Because of the lack of economic and cultural opportunities, especially in the repressive south, the Hummingbirds moved to Washington D.C. in 1941.

From 1928 to 1938, the ensemble performed throughout the south as well as in some northern cities including New York’s Carnegie Hall. Their repertoire included Classical Negro Spirituals and R&B Jubilee music. In 1938, composer/ lyricist Adebo Wali/ Ira Tucker joined The Dixie Hummingbird and became the principal vocalist. He was 13 years old at the time (born May 17, 1925 in Spartanburg, South Carolina). William Bright (born August 13, 1928, in Oxnard, California) become a member in 1944.

In 1966 while at the Newport Folk Festival in Newport, Rhode Island, The Dixie Hummingbirds stood out during their performance of the recordings of “Bedside of a Neighbor,” “Going On,” and “You Don’t Have Nothing.” That performance exposed them to a much larger non-religious audience.

Over their long career the Dixie Hummingbirds have received numerous accolades including four Grammy nominations and one win in 1973 at the 16th Annual Grammy Awards for “Best Soul Gospel Performance” for the song “Loves Me Like a Rock.” The song was recorded in 1973 by Paul Simon with background vocals by the Hummingbirds. In 1988, they were selected to join the Philadelphia Hall of Fame and in 2000, The Dixie Hummingbirds were inducted Vocal Group Hall of Fame and awarded a National Heritage Fellowship by the National Endowment for the Arts.

The Dixie Hummingbirds with more than 90 years of professional experience and lineup changes, including William Bobo, Beachey Thompson, James Walker, William Bright, Lyndon Jones, Torrey Nettles, Carlton Lewis and Howard Carroll, have remained through the past century one of the most stable musical groups in United States history.