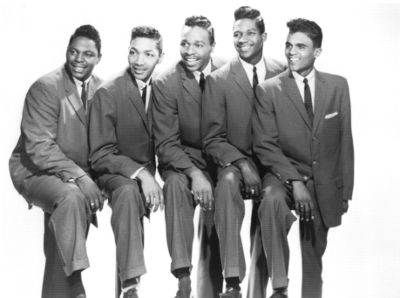 The Dells
Fair use image

The Dells are an R&B vocal group that was formed in 1952 in Harvey, Illinois. The group included Marvin Junior, Verne Allison, Johnny Funches, Chuck Barksdale, and Mickey and Lucius McGill. When the group formed, the members were all in high school and were called the El-Rays. They produced their first single “Darling I Know” under that name with Chess Records. The single didn’t do well, which persuaded Lucius McGill to leave the group. In 1955, the group renamed itself The Dells and signed with Vee-Jay records. There they produced “Dreams of Contentment,” which was moderately successful.  They got their first hit, however, in 1956 with the song “Oh What a Nite” which went on to be in the Top Five on R&B charts.

With that success they went on the road to play gigs.  In 1958, however, their bus body failed, and they were in a major accident. Junior’s larynx was lacerated (which changed his voice), and McGill badly injured his leg. The group stopped singing to recover and, in this time, Barksdale sang with the Moonglows which included lead singer Marvin Gaye.

The Dells reemerged in 1960 and went on tour with Dinah Washington as the opener and her backup group. Funches, however, decided to not join the group and was replaced by Johnny Carter, who once was a part of the Flamingoes. The group changed their style with the help of vocal coach Kirk Stewart and began to sing in jazz harmony. They toured with Washington for two years and released four failed jazz singles during this time.

In 1964 the Dells returned to Vee-Jay and started singing R&B again. They recorded another hit in 1965 called “Stay in My Corner,” which was in the Top 30 on the charts. In 1966 they returned to Chess Records and produced “Thinking About You” and “Run for Cover,” which were hits. In the same year they also became the backup vocalists for Ray Charles’ tour which introduced them to a larger national audience.

The Dells then signed with Cadet in 1967 and produced their most successful album, There Is. Their songs topped the R&B charts, and then were on the Top Ten pop charts. They went on to produce two more top albums, Always Together in 1968 and Love Is Blue in 1969. Then in 1975, the Dells left Cadet and signed with Mercury. The switch to Mercury was not successful and the group signed with ABC in 1978. They however did not produce another hit until 1980, with their album I Touched a Dream. This was their last true hit, as their popularity dwindled in the 80s.

The Dells were inducted into the Rock and Roll Hall of Fame in 2004. Johnny Funches died in January of 1998, due to pneumonia. Johnny Carter died of cancer in 2009, and Marvin Junior died May 29, 2013 from heart and kidney problems. In 1991, Robert Townsend produced and directed The Five Heartbeats, a film loosely based on the professional career of the Dells.