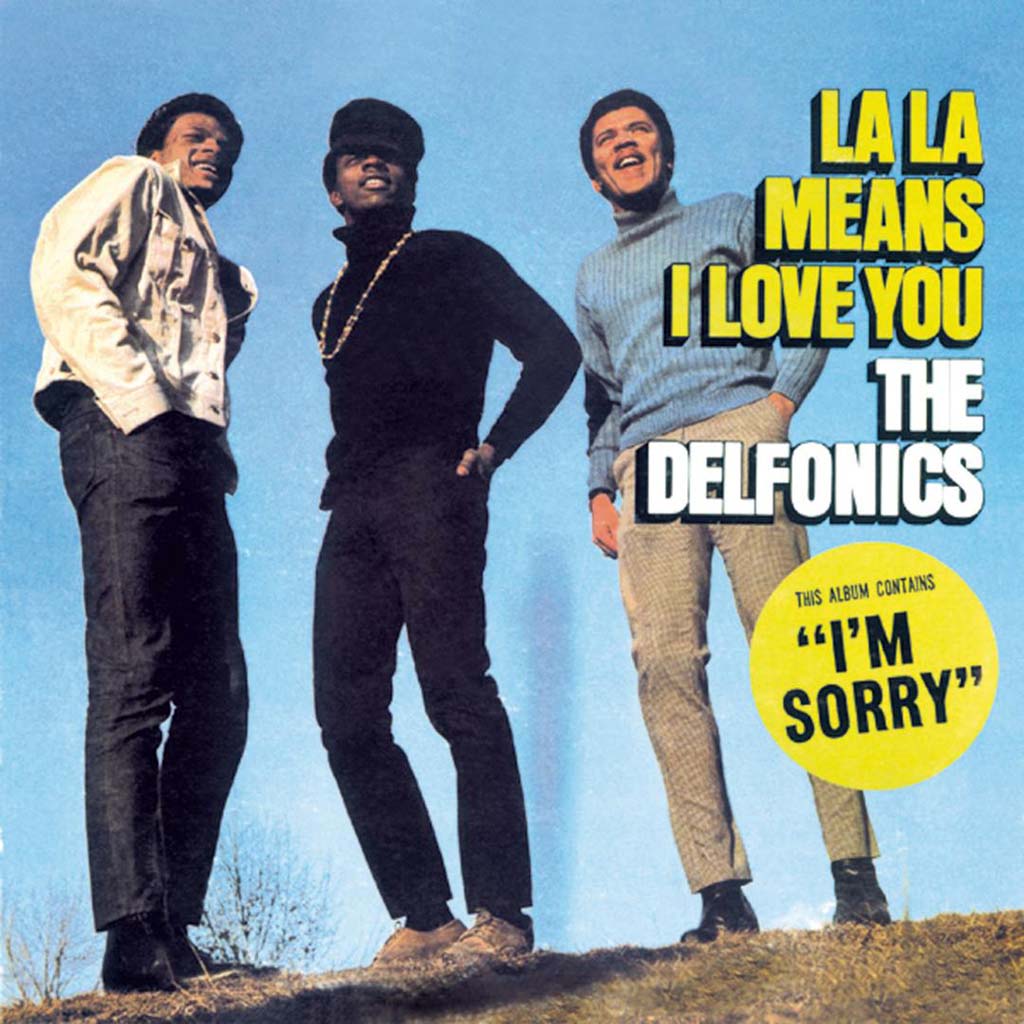 La La Means I Love You (Philly Groove, 1968) by The Delfonics
Fair Use Image

The Delfonics, an R&B vocal band whose founding members were William “Poogie” Hart, Wilbert Hart, Randy Cain, Ritchie Daniels, and arranger/ producer Thom Bell, formed in Philadelphia, Pennsylvania in the late 1960s. They are credited with significantly contributing to the development of the Philadelphia sound (TSOP).

Before the formation of The Delfonics, lead singer and songwriter William Hart sang with a variety of bands in Philadelphia. Through these associations as well as friends met at Overbrook High School, Hart eventually formed a band called The Orphonics whose members included Hart, Randy Cain, Stan Lathan, and Donald Cannon. Lathan and Cannon both left and were replaced by Hart’s younger brother Wilbert Hart.

In 1967, while Hart was working at a barbershop, promoter and manager Stan Watson introduced him to Thom Bell who worked as a session player and arranger for Cameo-Parkway, a Philadelphia-based record label. Bell arranged and produced two singles for the group which had renamed itself The Delfonics. The first, “He Don’t Really Love You,” was released in 1967 and the second, “You’ve Been Untrue,” was also released in 1967. Later that year, Cameo-Parkway announced that it was leaving the record business. Before it went out of business, Thom Bell took the Delfonics into the studio to record “La-La (Means I Love You),” written by William Hart, who also sang lead falsetto on the song. Released in December 1967 on Stan Watson’s Philly Groove Records, the following year, after national distribution, “La-La (Means I Love You)” became a huge hit that reached #4 on the pop charts and was certified gold. With that success under their belt, The Delfonics released their debut album in 1968, also titled La-La (Means I Love You).

The Delfonics consisted of songs written almost exclusively by Bell and Hart, including their second-most popular song after “La-La (Means I Love You),”  “Didn’t I (Blow Your Mind This Time).” The song was so popular it won the group a Grammy Award for Best R&B Performance by a Duo or Group in 1970.

Tell Me This is a Dream featured new member Major Harris, who replaced Randy Cain. Cain left the group in 1971 to form the recording group Blue Magic, which had a #1 hit on the R&B charts in 1974 with “Sideshow.” Thom Bell had also moved on as well, working with groups such as The Stylistics and The Spinners.

The group’s fifth album, Alive & Kicking (1975), produced by Stan Watson, generated lackluster sales and the critical consensus was that the group had creatively fallen behind other TSOP groups such as The Stylistics. Shortly after its release, Major Harris left the band and the remaining original Delfonics disbanded.

Since the time of the breakup of the original Delfonics configuration of Hart, Hart, and Cain, there have been different formations of the group including Randy Cain (who died in 2009) and Major Harris (who died in 2012) who performed under the banner of The Delfonics, although William Hart is the sole owner of the name.