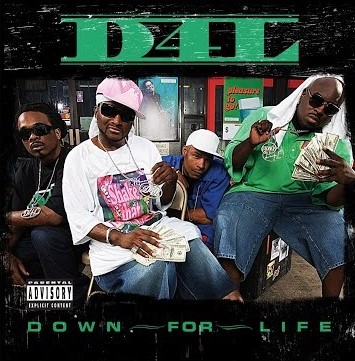 The Snap Rap movement ensemble D4L (Down For Life) was formed in 2003 in Atlanta, Georgia. It was organized by Shawty Lo, born Carlos Rico Walker on March 22, 1976, in Moultrie, Georgia. It also included Fabo also known as 2$ Fabo who was born Lefabian Williams on November 30, 1983, in Atlanta, and Mook-B or Dennis Butler who was also born in Atlanta. There is scant data available regarding Stoney, who was born Adrian Parks.

In 2006 D4L released the single “Laffy Taffy” from the Down for Life album which peaked at no. 1 on the Billboard Hot 100 chart, no. 6 on the Rap and Hip-Hop chart, no. 14 on the U.S. Pop Chart, and no. 15 on the R&B chart. It was an international hit, reaching no. 26 in the United Kingdom. “Laffy Taffy” sold more than three million records mainly by record sales online, making it the most popular single in that category in the first decade of the 21st century. “Laffy Taffy” also broke the record for the most downloaded song in history according to the 2007 Guinness Book of World Records.

The Down for Life album also included “Betcha Can’t Do It Like Me” which reached no. 23 on the R&B chart and no. 72 on the Billboard Hot 100 chart. That single popularized snap music, a subgenre of hip hop music derived from crunk that originated in the South, mainly in the Bankhead area of Atlanta.

D4L broke up at the end in 2006. Shawty Lo pursued a solo career and came out with the album sharing his name in 2008. That year he also received the “Rookie of the Year” award at the BET Hip Hop Awards as well as the “Track of the Year” award for his single, “Dey Know.” In 2011, he collaborated with 50 Cent’s G Unit label.