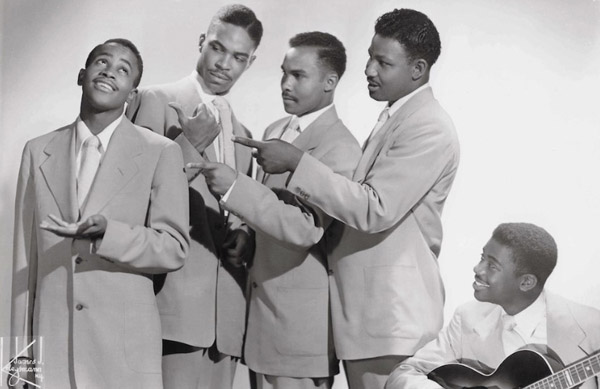 The Clovers
Fair use image

The Clovers were a rhythm and blues and doo-wop group that gained fame in the 1950s with song hits like “Love Potion No.9.” The Clovers were formed in 1946 by Harold “Hal” Lucas at Armstrong High School in Washington D.C. The original members included Lucas, Thomas Woods, and Billy Shelton. A fourth member, John “Buddy” Bailey joined the group as the lead singer while Lucas moved to baritone. Lucas originally named the group The Four Clovers, but in 1949 the group would become The Clovers when guitarist Bill Harris joined the group.

In 1950 they met record store owner Lea Krefetz who became their first manager. Krefetz signed the group to Eddie Heller’s Rainbow Records in New York City, New York. The Clovers recorded the 1925 Gene Austin hits, “Yes Sir” and That’s My Baby” which didn’t get much airplay. They left Rainbow Records and signed with Ahmet Ertegun’s Atlantic Records. On February 22, 1951, the Clovers recorded “Don’t You Know I Love You,” which was released in March 1951. It reached number 1 on the U.S. R&B charts.

The Clovers released a second single that same year called “Fool, Fool, Fool.” The single became their second number-one hit and stayed in the top ten of the Billboard R&B charts for six weeks.  Over the next decade the Clovers would be one of the most prolific R&B groups in the nation. In 1952, the Clovers released six songs: “One Mint Julep,” “Middle of The Night,” “Ting-A-Ling,” “Wonder Where My Baby’s Gone,” “Hey Miss Fannie,” and “I Played the Fool.” The following year (1953), the group released “Crawling,” “Good Lovin’,” and “Comin on.”

The Clovers would continue to release more charted hits the following years which included “Lovey Dovey,” “Blue Velvet,” and “Devil or Angel,” all of which would be rerecorded by other artists. In 1957, the Clovers’ contract with Atlantic Records expired and the group signed with Popular Records which was created by their manager, Lea Krefetz. After little success there, the group moved to United Artists Records, where they released a non-charted song called “Old Black Magic,” in 1958.  In 1959, the Clovers released their greatest hit in terms of sales, “Love Potion No. 9.”  The tune became their signature song but it rose only to number 23 on the R&B charts in part because of the much larger number of R&B recording acts by that time.

In 1961, the Clovers returned to Atlantic Records to record four songs which included “The Bootie Green,” “Salty Tears,” “Travel On,” and “Drive It Home.”   The original Clovers disbanded in 1961, and a new group operating under the same name formed and signed with Paul Winley’s Winley Records. The group continued to release singles despite the departure and death of several members who were replaced by other singers.  Despite the group member changes over the years the Clovers are a still active music group into 2018.