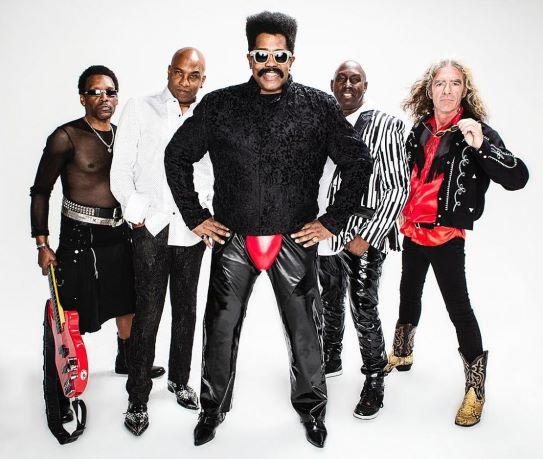 The band CAMEO is a rhythm-and-blues influenced group that initially formed in the 1970s. They were a 14-member group originally known as the New York City Players but they later changed their name in order to avoid confusion with another well-known group, at the time, the Ohio Players. CAMEO has had a strong influence in the music industry and still are known for “Keeping it Funky for over 40 years.”

In 1974, Larry Blackmon created the New York Players and signed them with Casablanca Records. After changing their name, they started to gain popularity in the New York City area as a “soul and funk” band. Blackmon, a former Julliard Music School student, was the lead vocalist and other key members included Tomi Jenkins, Anthony Lockett, Aaron Mills, and Charlie Singleton.

Although they group started with a “deep funk sound” they decided to ride the wave of disco music then sweeping the country and became what Blackmon called a pop-funk/ disco group. CAMEO released its first album in 1977, Cardiac Arrest, and had immediate success. The album reached 16 on the Top R&B charts. The band reached the height of its popularity in 1986 with the release of their album Word Up!, which included the best-selling single “Candy.” Their last album, In the Face of Funk, was released in 1994. As a group, they ended up selling over 20 million albums over their career.

Between 1980 and 1983 the group produced five albums, all of which included songs that would be on the Billboard Top 20 charts.  In 1982, the group moved from New York City to Atlanta, Georgia. There Blackmon started his own label, Atlanta Artists. By the late 1980s CAMEO slowed its album production but they continued to tour.  Some members of the group including Blackmon and Mills began to work with younger bands.  In 2000, for example they helped establish OutKast, led by members Andre 3000 and Big Boi.

CAMEO is credited with being one of the first bands to use “method writing,” an approach where they developed a song from a specific character’s perspective, similar to methods used by stage and screen actors.  By following this approach, they were able to create a unique and distinctive sound. A number of later artists would adopt the approach and many more would “sample”—that is, to incorporate a section of the band’s lyrics and music—into their own work.  Others would recreate their own versions of the band’s sounds.  Some of the artists who recreated CAMEO’s music included Tupac, Boyz II Men, Snoop Dogg, Mariah Carey, and Will Smith, among others, making the group one of the most influential of the late 20th century.  On February 11, 2018, CAMEO was honored with a Lifetime Achievement Award at the 26th annual Trumpet Awards Broadcasting Ceremony at the Cobb Energy Performing Arts Centre in Atlanta, Georgia.