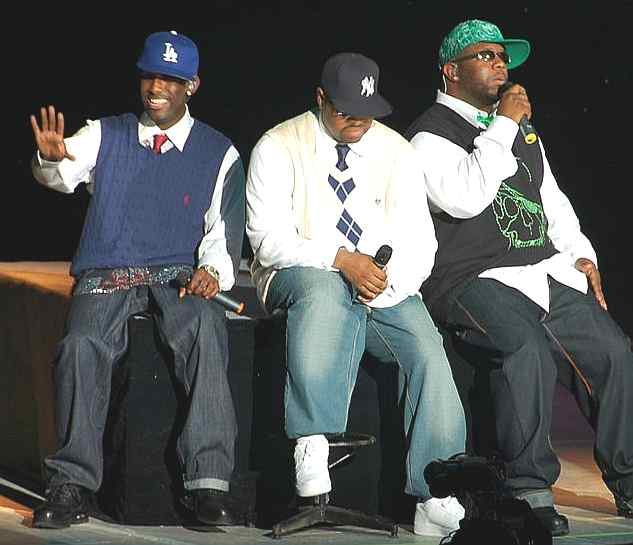 Boyz II Men is one of the most successful R&B male groups of all time. Originally called Unique Attraction, the group was formed in 1988 by Nathan Morris and Mare Nelson at the Philadelphia High School for Creative and Performing Arts in Philadelphia, Pennsylvania. Morris and Nelson met with Wanya Morris, Shawn Stockman, and Michael McCary, who joined the group. Inspired by the music group New Edition’s song “Boys To Men,” they changed their name from Unique Attraction to Boyz II Men.

The young group received their big break in 1989 when they met Bell Biv Devoe member Michael Bivins, formerly of New Edition, backstage during a concert. They impressed Bivins by singing an a cappella rendition of the New Edition song “Can You Stand the Rain.”  Shortly thereafter, Bivins helped sign them to Motown Records in Los Angeles, California.  Mare Nelson, however, left the group due to personal differences.

In 1991, Boyz II Men released their debut album Cooleyhighharmony on Motown Records, which Bivins helped to produce. Cooleyhighharmony became an instant success, peaking at number three on the Billboard 200 charts. The album won the group its first Grammy Award and included two number one hit songs, “Motownphilly” and “It’s So Hard to Say Goodbye to Yesterday.” Rising in popularity, Boyz II Men became part of M.C. Hammer’s Too Legit to Quit tour in 1992.

In 1994, they released their second successful album, II, which sold more than 12 million copies in the United States. The album received two Grammy Awards for best R&B album and best R&B performance with the number one hit single “I’ll Make Love to You.” The group also collaborated with other artists such as Michael Jackson, LL Cool J, and Mariah Carey. In 1995, relations soured with Motown after the company decided to release an album, The Remix Collection, after the group’s disapproval. In response, Boyz II Men left Motown and signed a distribution deal with Sony Records, starting their own label called Stonecreek.

By the late 1990s, the group continued to top the Billboard charts.  In 1997, they released their first album on Stonecreek, Evolution, which sold two million copies with the hit single “A Song for Mama.”  The group released their fourth album Nathan Michael Shawn Wanya, followed by Full Circle in 2002.

Over a 25 year period the group has released 12 albums, won four Grammys, nine American Music Awards, nine Soul Train Awards, three Billboard Awards, and a star on the Hollywood Walk of Fame. They also produced five hit singles, three of which became the longest-running No. 1 pop singles in music history. “Motownphilly,” “It’s So Hard to Say Goodbye to Yesterday,” and “End of the Road.”

Boyz II Men continues to tour across the world and record with various independent and major record labels. They remain the best-selling R&B group of this era.